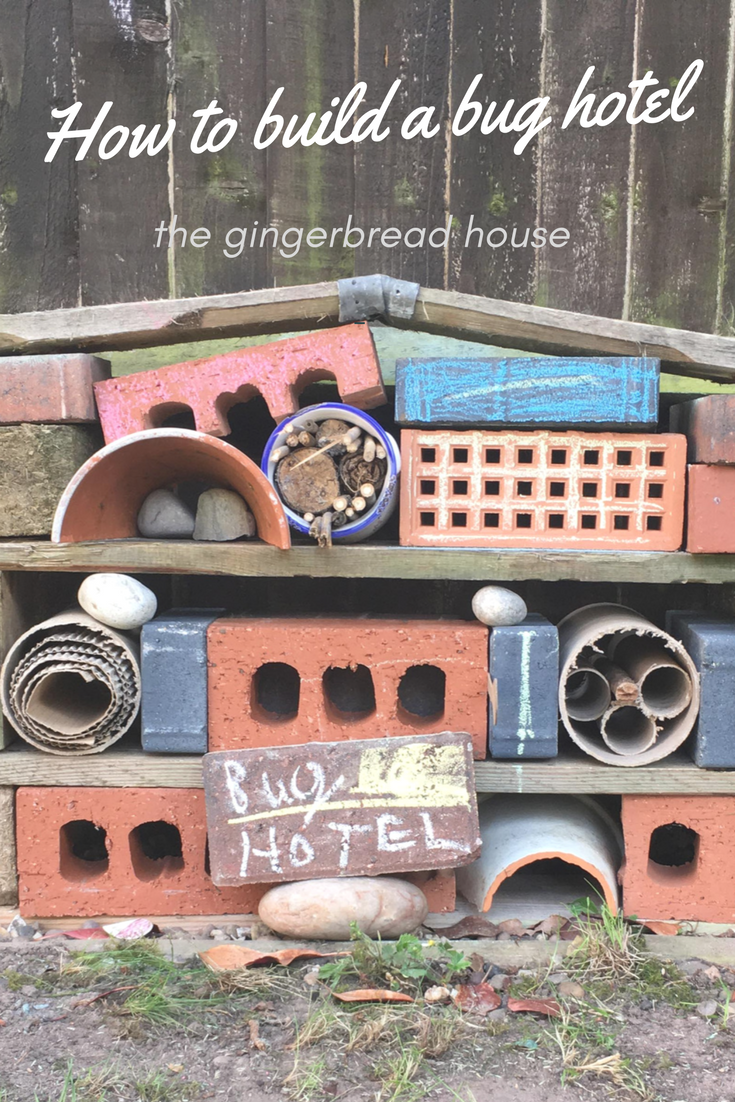 A few weeks ago I mentioned how we started work building our own bug hotel. The kids love learning about all the different animals they see in the garden so we thought a bug hotel would be fun.

What we used to build a Bug Hotel 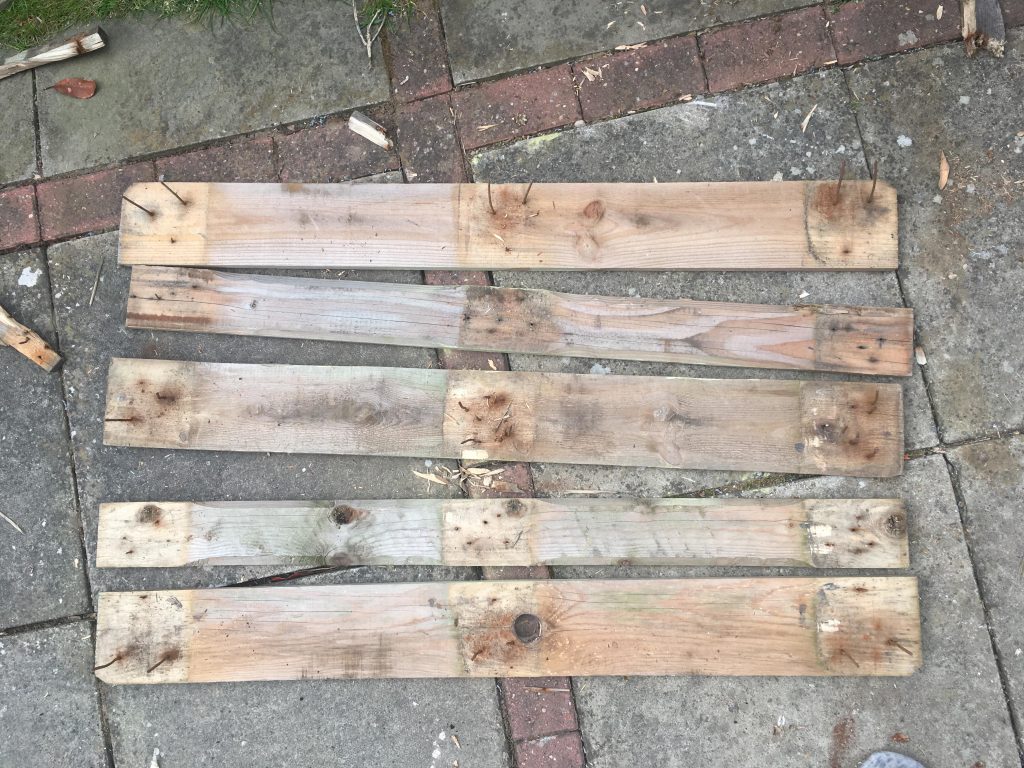 How to build a bug hotel

A bug hotel can be as simple of complicated as you want. Our garden is quite small but we found a quiet corner we thought would be perfect. We roughly measured where we wanted the bug hotel to go. It was already on small stones but we cleared it of weeds. 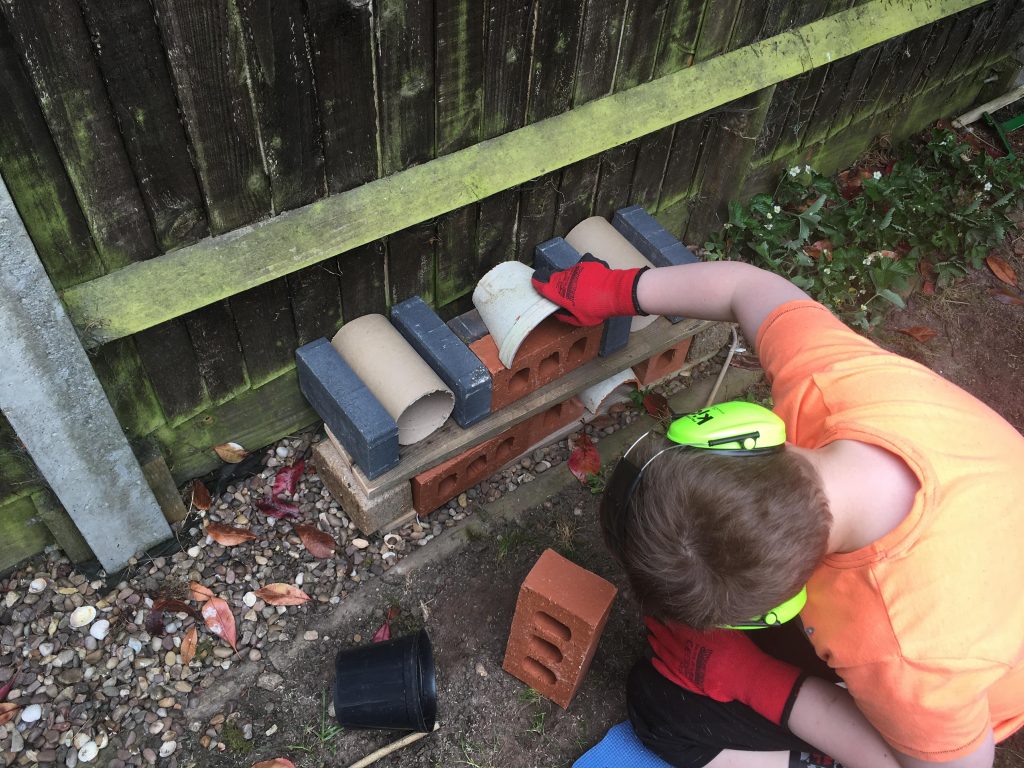 We had de-constructed our wooden pallet so took 3 of the wooden slats from the pallet and cut them to the same length, placing the first one down on the ground. My 7 year old placed bricks on top and started experimenting with the structure. We wanted to use plenty of different materials, as well as make big and small spaces, to attract all kinds of insects. 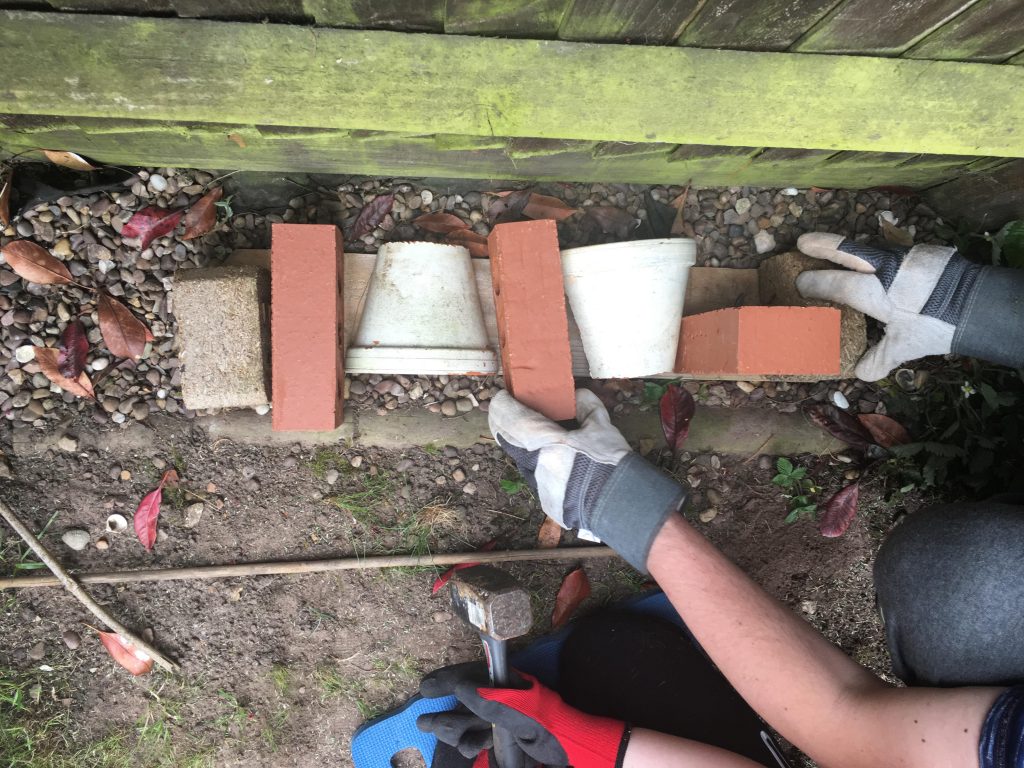 We tried to re-use as much of the pallet as we could and were able to use some of the wooden blocks from the pallet. These were perfect for holding everything in place as we could nail through the pallet slats and blocks and it held everything together really well.

We also used an old plant pot to make a smaller bug hotel. This was stuffed with pieces of bamboo and sticks from the garden. 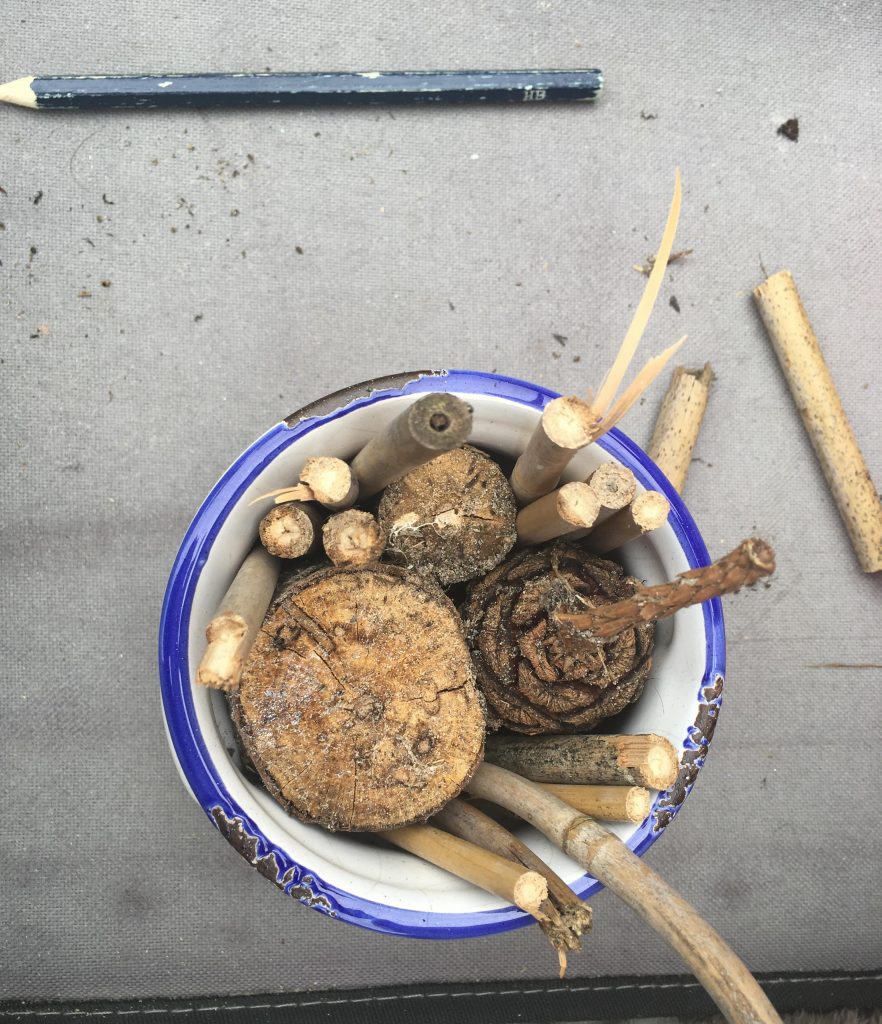 You can see from the photos that our bug hotel started to come together quite quickly. We had some items from our recycling bin, such as a huge cardboard tube, as well as an old plant pot which was cut in half. These were great for filling in gaps and providing all sorts of nooks and crannies.

Or Bug Hotel tuned out quite thin which is why it was important that the structure was solid. We kept nailing the different levels together to make sure it wouldn’t get blown or pushed over. When we had made it as high as we wanted we finished it off with a roof. This was made from more pieces of wood from the wooden pallet, hinged with a piece of lead. My husband always surprises me with the things he can produce from his shed!

This is our finished Bug Hotel and it had been in our garden for 6 weeks now. The children finished it off with chalk signs which I thought was quite cute! Both the children have really wanted to lift up bricks to see if any bugs have moved in and that’s been the only downside. We don’t want to move things around but the children want to see what creatures are living in it! 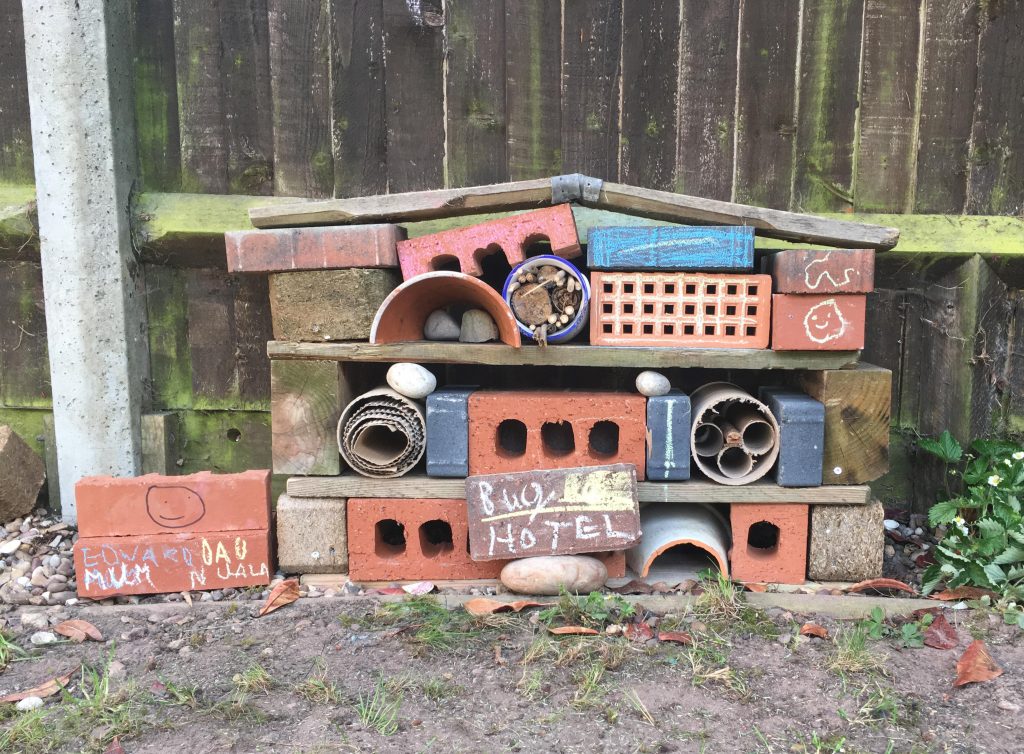 I hope you like our Bug Hotel. Have you ever made one? If so please leave me a link so I can come and see.