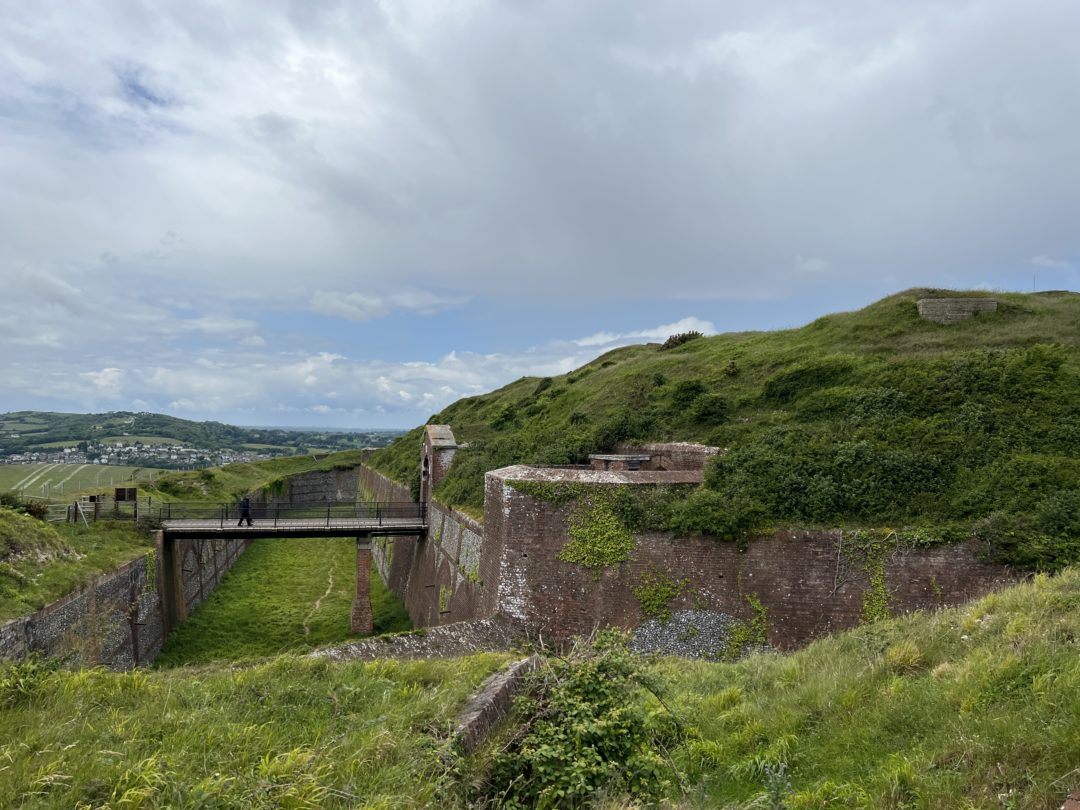 Despite having grown up on the Isle of Wight I didn’t know it was possible to take a guided tour of Bembridge Fort which is owned by the National Trust. We recently spent a week on the Isle of Wight and booked a load of fun things to do with the kids. If you’re looking for something a little different to do then why not book yourself on a tour of Bembridge Fort? It’s on the top of Culver Down with the most amazing views over the Island.

It’s important to note that access to Bembridge Fort is by pre-booked tour only. You can visit Culver Down all year round and the car parks are free of charge.

We headed over the bridge and dry ditch and into Bembridge Fort to meet our group. We were given a small torch and had the chance to look around the courtyard whilst we waited for the others. Bembridge Fort has a tenant using part of the building but the tour covered all the main parts of the fort. 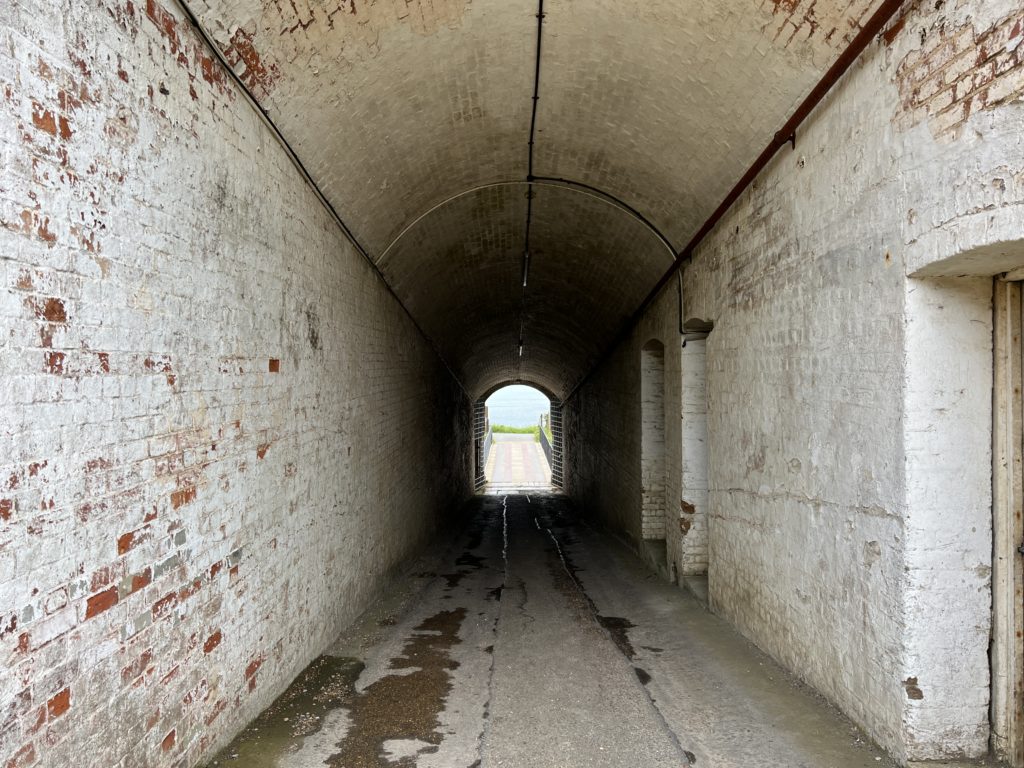 The tours are led by volunteers and we were taken round by two guides, one had historic photos which helped us imagine what life had been like. Bembridge Fort was part of the extensive defence system built by the Palmerstone Administration against possible invasion by the French forces of Napoleon III. Constructed between 1862-1867 at a cost of nearly £50000 it was the main stronghold for the South Coast of the Island with an establishment of 3 officers and 100 other ranks, and ordnance of two 4″ breech-loading and six muzzle-loading guns mounted in parapet slides.

Since it was first built in the 1860s it was constantly used and improved.

1939-1945 a command post for anti-aircraft regiments and head quarters for local Home Guard.

In 1948 the War Department relinquished control of Bembridge Fort. In 1965 it was purchased by the Isle of Wight County Council and scheduled as an ancient monument. In 1967 it was given to the National Trust with surrounding downland. 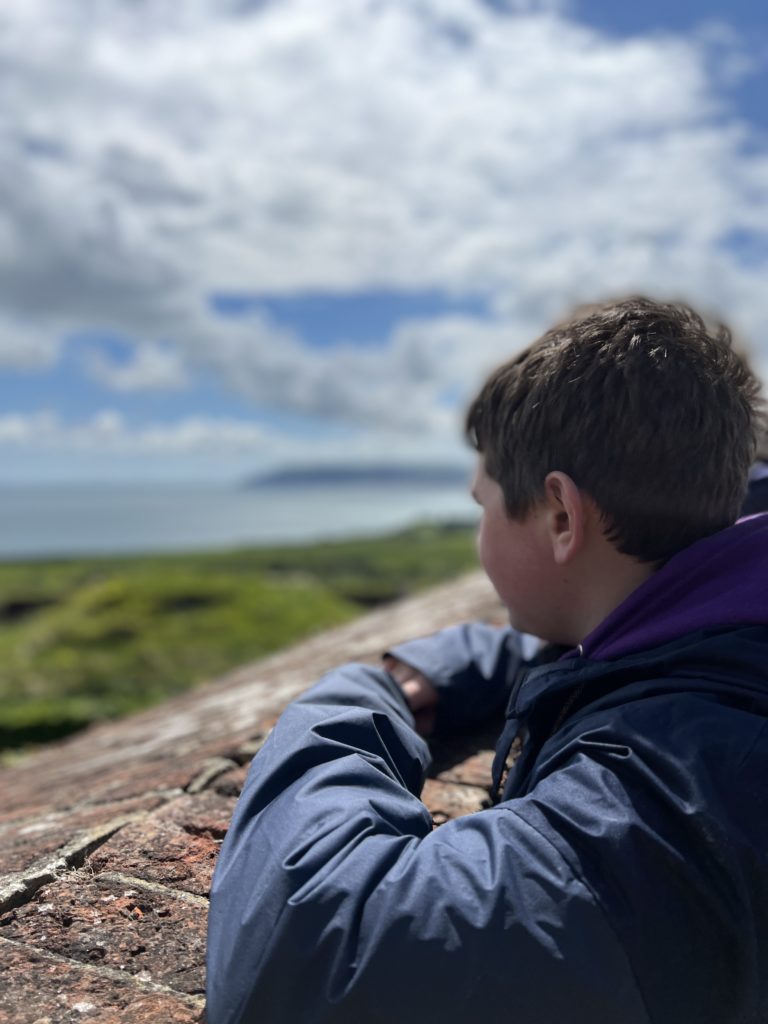 We all enjoyed the tour. It lasted for about 90 minutes and we walked all over the derelict fort. The kids were entertained by the spooky, empty corridors and loved learning facts about the fort. We used our torches as we went down some of the passages and it was easy to imagine a cold, hard life as a resident! 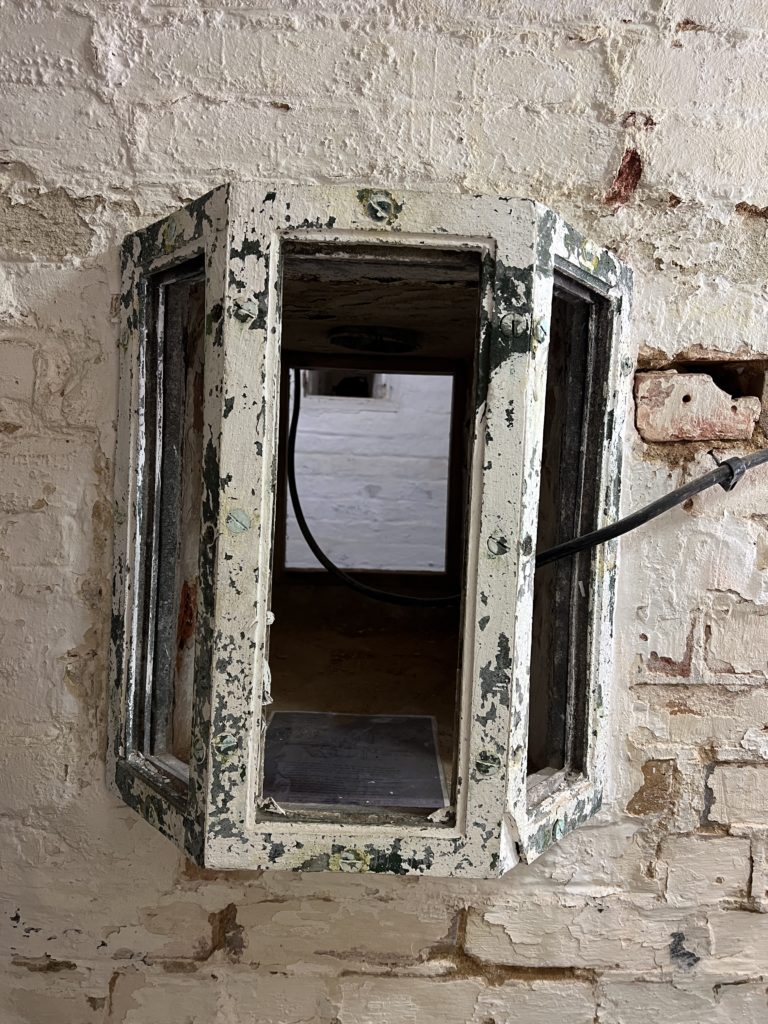 We felt there were lots of similarities with the Needles Old Battery on the other side of the Island. We have previously visited with the kids and, as both forts were built at the same time, they are fun to compare and contrast.

We really loved the chance to get into the caponiers, which is the only two storey one in the UK. 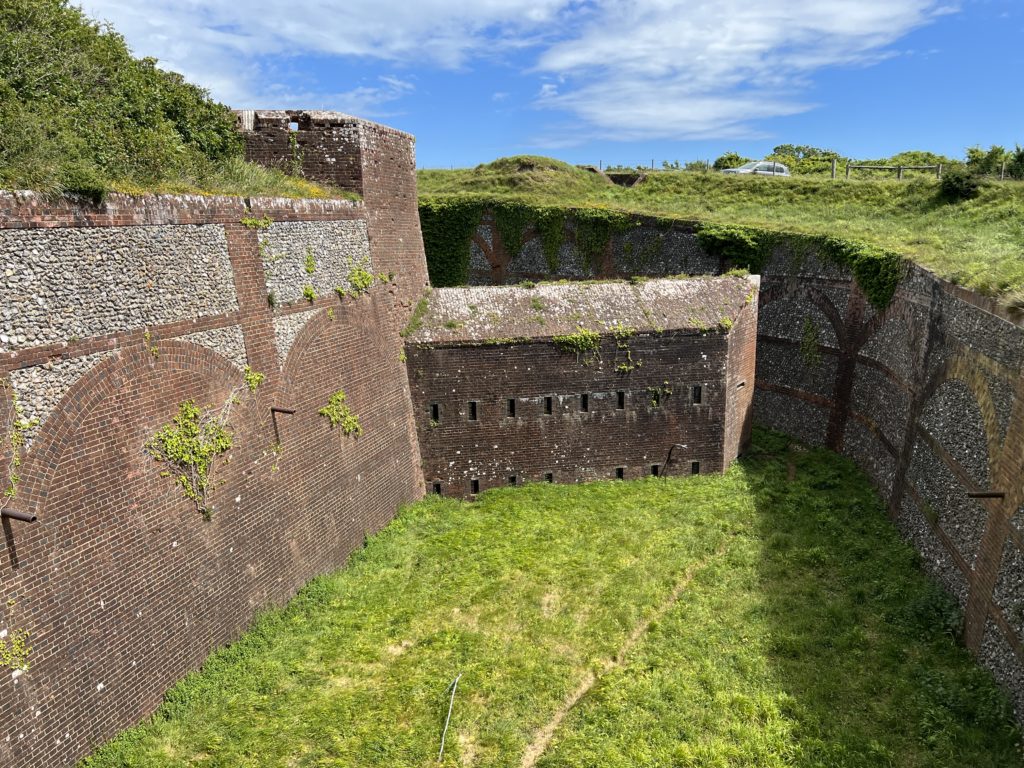 The internal flooring had collapsed but you could stand and imagine standing to attention at the eye slot looking for the enemy. 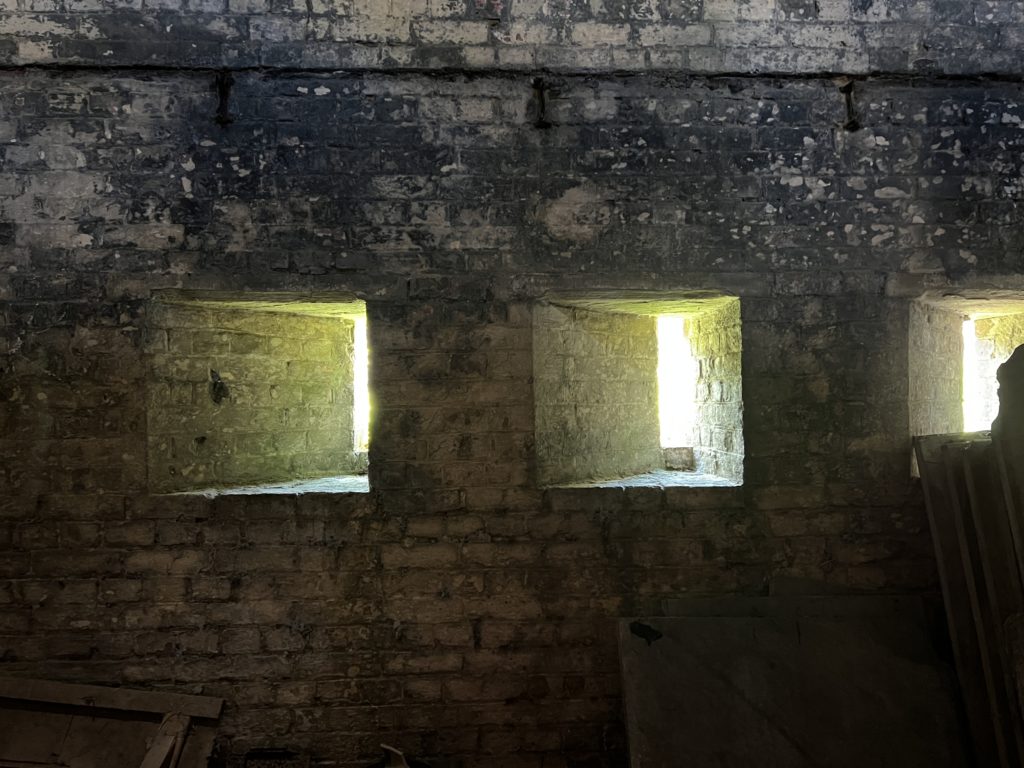 The views from the top of the fort were also amazing on such a clear day. There was lots of evidence of all the different gun emplacements and radar buildings which had been installed over the 90 years of use.

We had a great afternoon exploring Bembridge Fort. The whole family enjoyed exploring this derelict Victorian fort and we would recommend it if you want to learn more about the history of the Island and do something a little different.

Important information:
Tours must be pre-booked, they run on Tuesday afternoons only

Suitable for children over the age of 10

There are no toilets

Free parking on Culver Down

Other things to do on Culver Down

Visit the Yarborough Monument (which was moved to make way for Bembridge Fort!)

Stop for lunch at The Culver Haven Inn

Visit the beacon (originally used to warn of the Spanish Armada in 1588!)