Creating a fairy garden on a budget 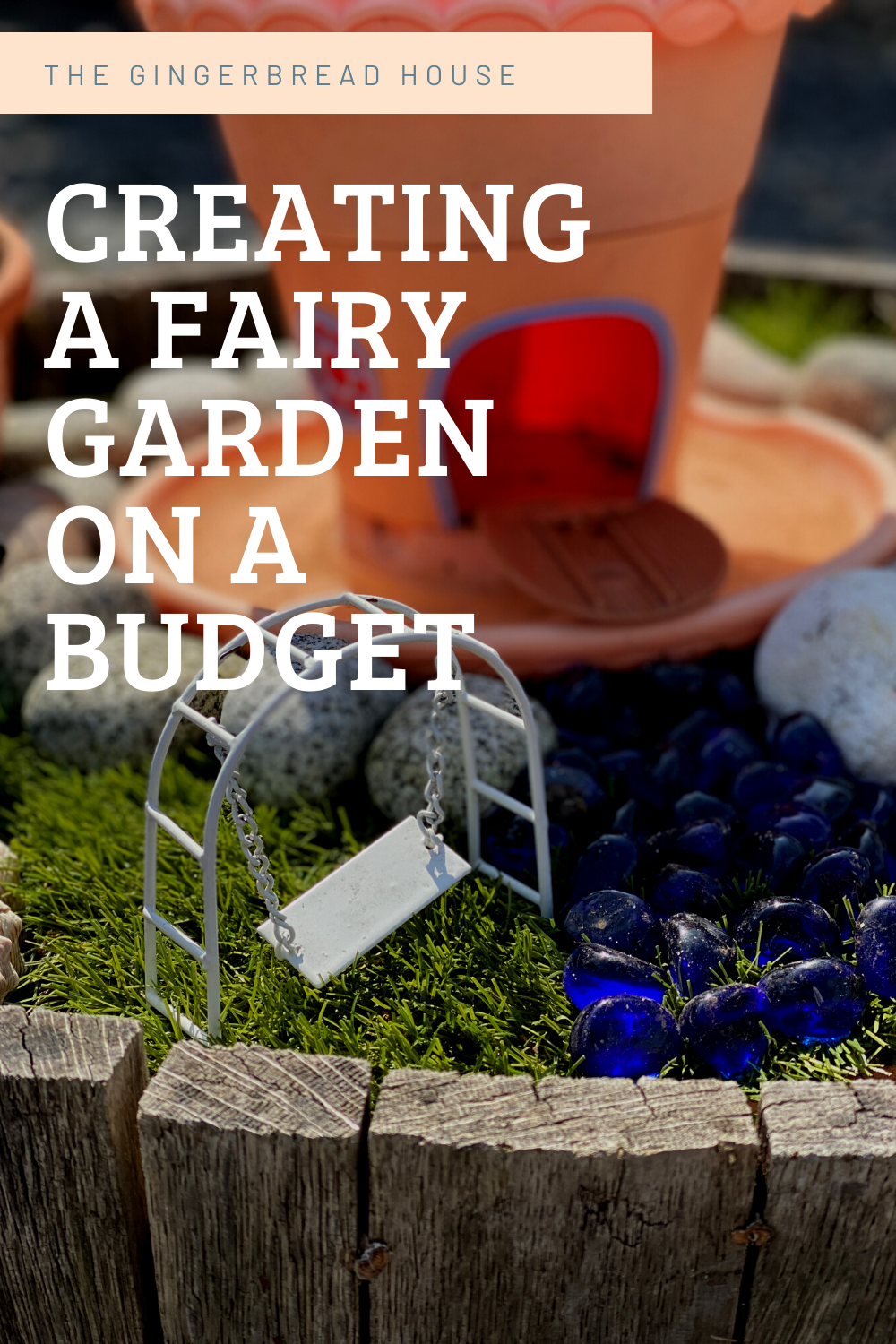 Over the last few weeks we’ve spotted little fairy houses popping up all over Ruislip. One of our neighbours set up two fairy houses round the base of a tree outside her house, then we saw some craft stick fairy doors round the corner, and another fairy house near the entrance to Ruislip Woods where we used to leave notes for the fairy.

It’s been a while since my daughter wanted to make a fairy garden at home, and a naughty puppy meant we couldn’t really have one in the back garden. Luckily we had an empty planter in the front garden which I offered to the kids as a place to safely build their fairy garden.

Creating a fairy garden on a budget

How do you build a fairy garden on a budget? We obviously can’t get to the shops at the moment and we’re trying to not spend too much so we had to look around the house for what we could use. Firstly we were able to re-use an old planter which made a great, contained, base for a fairy garden. It was already full of soil but we made a stable base with an off cut of wood and covered it with a small piece of fake grass. 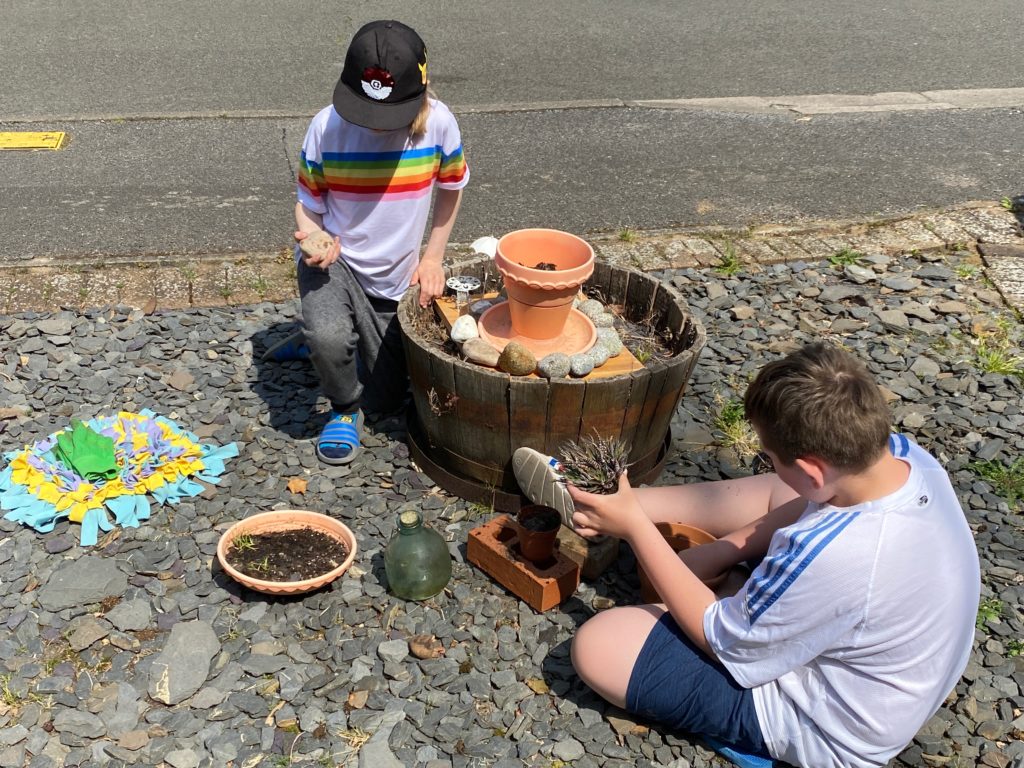 The kids were also able to re-use some parts of an older fairy garden kit from a few years ago. They were so happy pottering around and their budget fairy garden kept them busy all afternoon. It wouldn’t be a fairy garden without some plants but we didn’t have any flowers. The puppy has been eating everything he sees so we planted some seeds in the top part of the fairy house pot, there was even space for a fairy (if we can find one!). 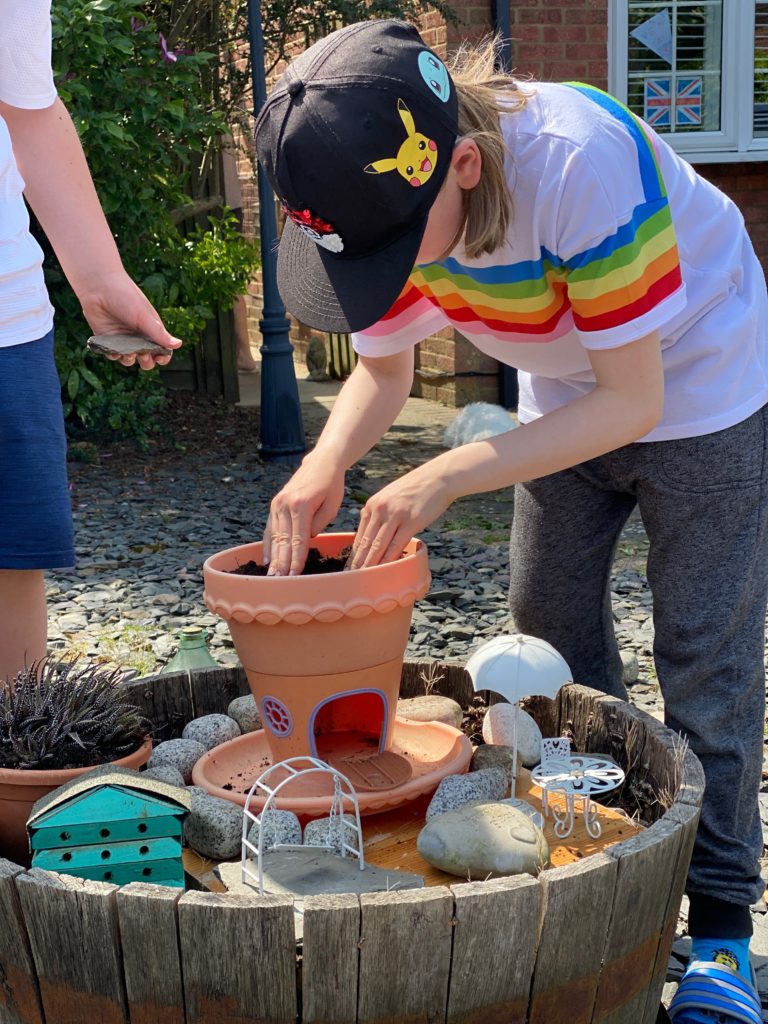 Then the children added large stones around the base of the fairy house and filled gaps with gravel. If you don’t have a ready made fairy house you could easily make your own from a couple of plant pots and bricks or stones.

It amazed me how inventive the children could be without access to shops to make their own supplies. My children had too many ideas so made a list and started raiding our craft stash to make everything. 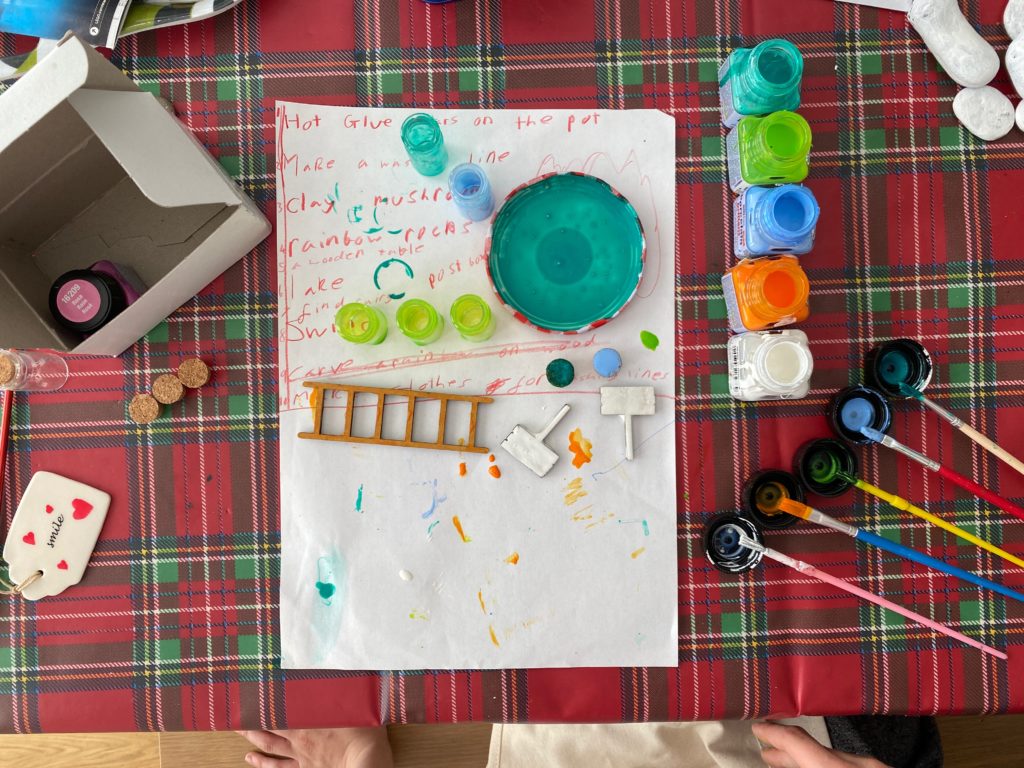 My decorative glass star pebbles were attached to the outside of the planter as a climbing wall using hot glue (I did this bit). 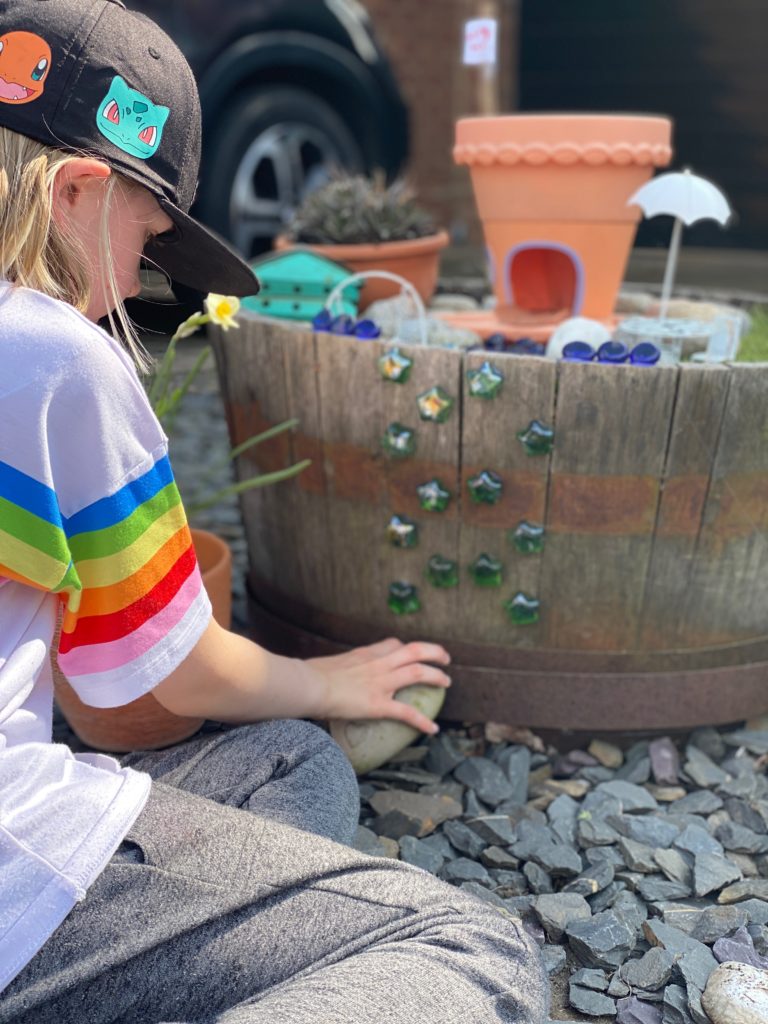 We dug out and set up a tiny swing, parasol, table and chairs which were a previous gift from my mum

A washing line, jam jar lid pond with sea shells, and rainbow painted stones were added, as well as a small ladder and signposts which were painted.

The fairy garden soon overflowed on to the ground next to the planter! A little fairy garden extension was made with another flower pot fairy house and painted rocks.

I can see the children adding to their budget fairy garden for a while. They are full of ideas to add fairy mail post boxes and make little clothes for the washing line.

You may be interested in our other fairy garden posts:

How to make a cable reel fairy house