STEM fun with the Build Your Own Plane Launcher Kit 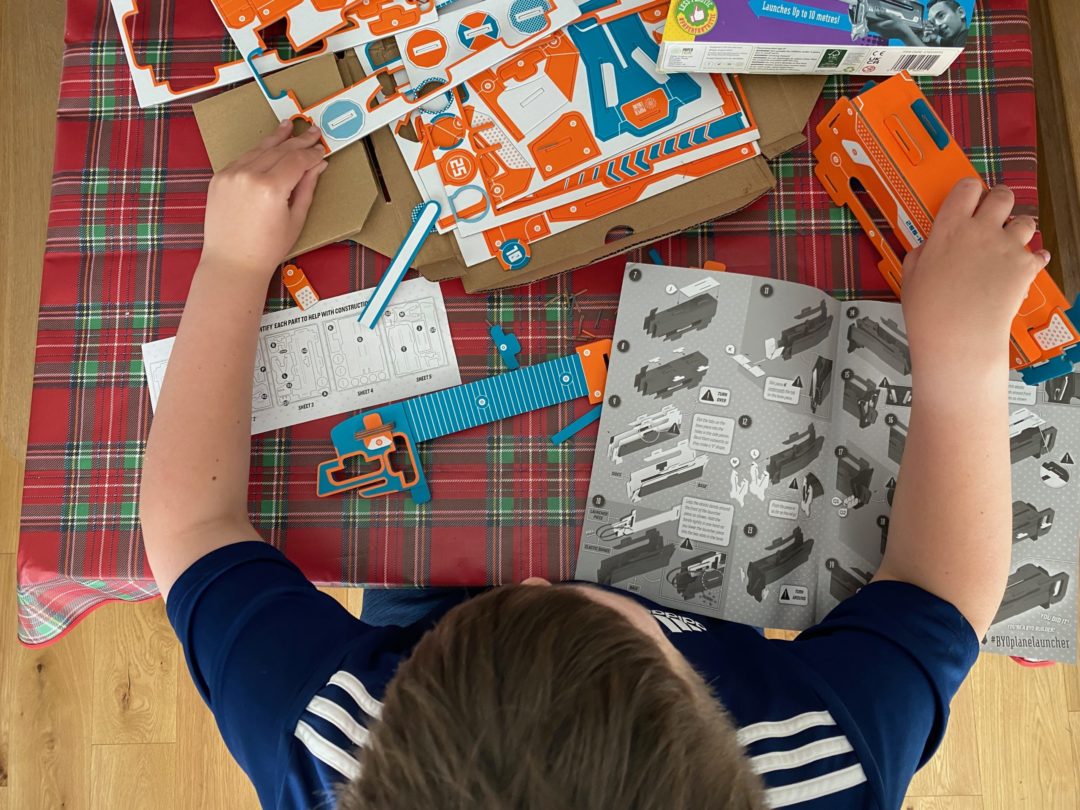 We were recently sent a Plane Launcher kit, one of the new kits from Build Your Own who make sustainable toys with less plastic. My children are of an age when they really want toys which can be used again and again. They love a toy which challenges them, and the Plane Launcher kit has certainly done just that!

Build Your Own Plane Launcher Kit

The Build Your Own Plane Launcher is suitable for children (and adults!) aged 8 and up. It uses visual perception and thinking skills and makes a great STEM toy (one which utilises science, technology, engineering and mathematics). 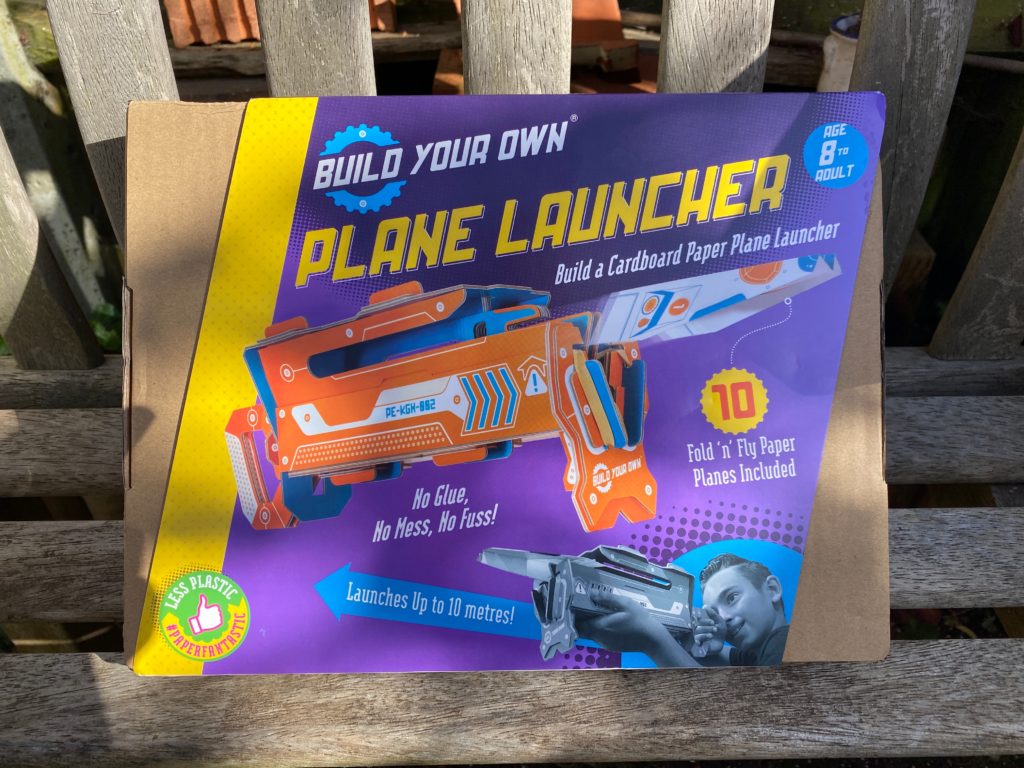 My husband has a collection of RC planes so I knew he would enjoy making this kit along with the children. The kit was nicely presented in a cardboard box, and we removed the cardboard sleeve to unbox the contents. These included 47 press out parts, a twin elastic band propulsion system and 10 x Fold n Fly paper planes.

There was a QR code on the back of the box for instructions and a how-to-guide although these were also included in the box. The plane launcher was quite easy to put together and was mess free, it was just slotted together cardboard construction. 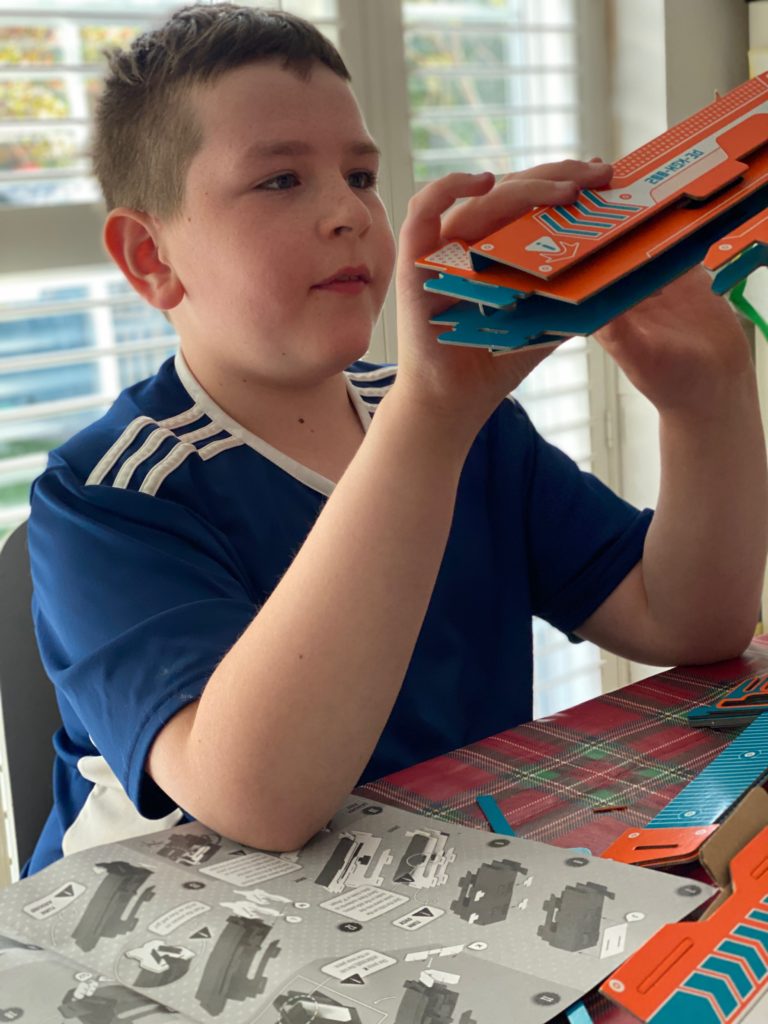 When the plane launcher was built then you could make the paper planes. Each plane was different which meant it would give different results. The paper planes had the instructions printed on them and we found them easy to fold. Then it was time to launch them. It was a little tricky to place them in the launcher but we soon got the hang of it. The kids took it in turns to pull back the handle to launch their planes. 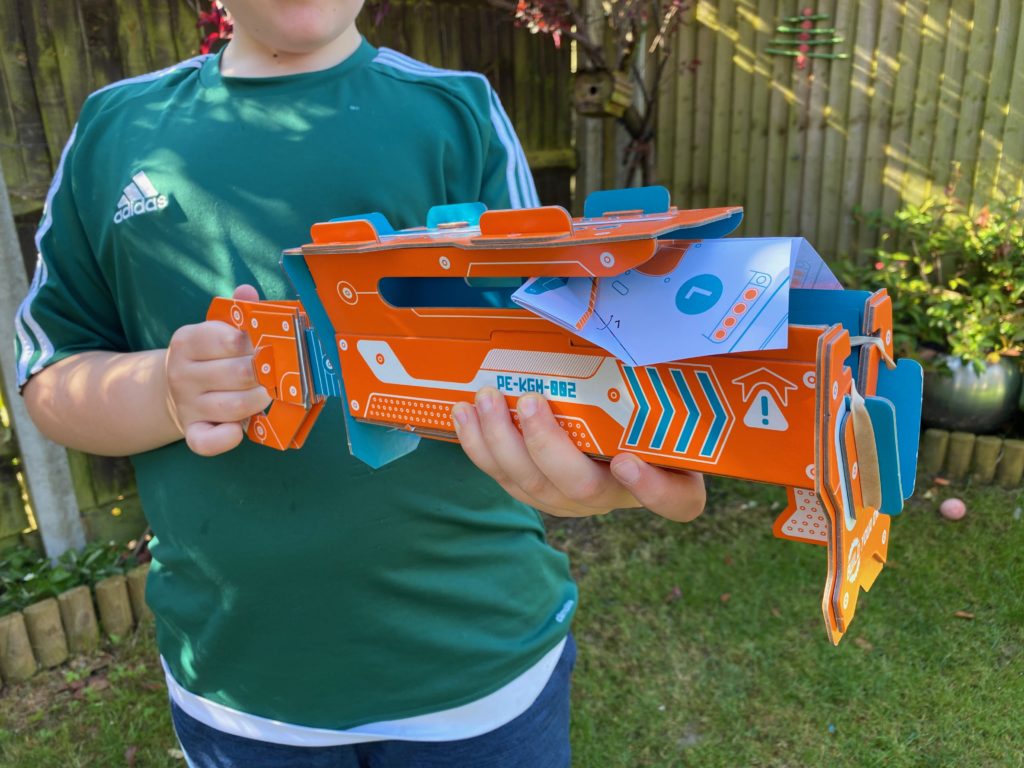 With plenty of tips to make your planes go further, this kit kept the children occupied for hours! They’ve used it inside on windy days but it’s helped encourage them out into the garden too. I’m not sure what will happen when we eventually run out of the original 10 paper models. Our puppy has a tendency to want to ‘play’ and runs to get the planes before the kids do! We obviously love the fact that everything can be recycled as this is something really important to all of us. We think this would make a great gift for children and adults, especially with Father’s Day coming up soon.

As well as the Build Your Own Plane Launcher (£16.99) there is also a Telescope kit. They can be purchased from Build Your Own, The Happy Puzzle Co., Amazon or all good toy shops.