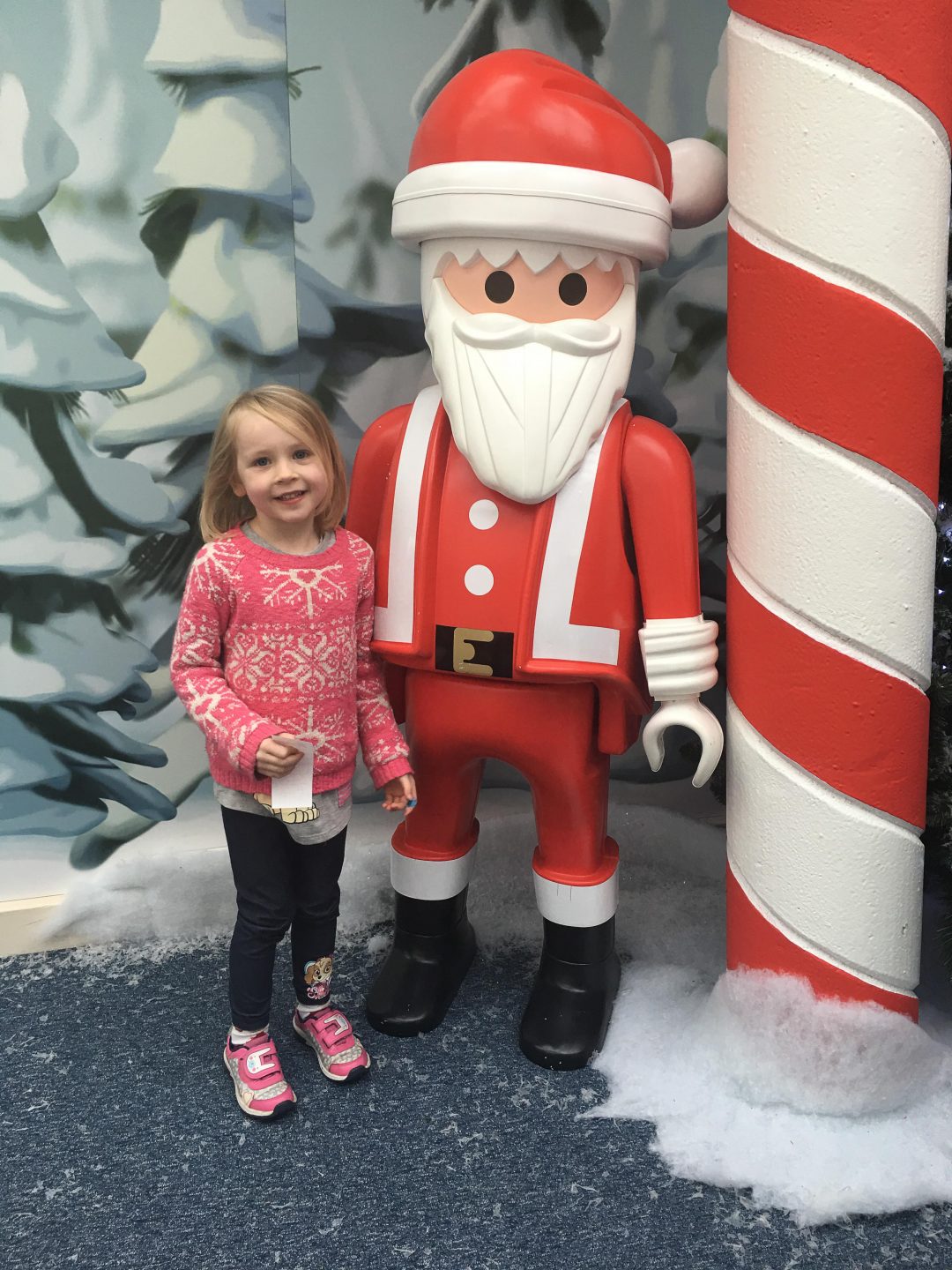 December is so busy for us and all our weekends are double and triple booked, so today found us visiting Father Christmas in his special magical discovery lodge at Intu Watford. Did you know that Playmobil have teamed up with the shopping centre chain and some of them are hosting special Santa’s Grotto’s in association with Playmobil?

I bought our tickets online and we managed to keep our visit a secret until we got to the shopping centre. Then I gave them their golden ticket and we headed to the grotto. 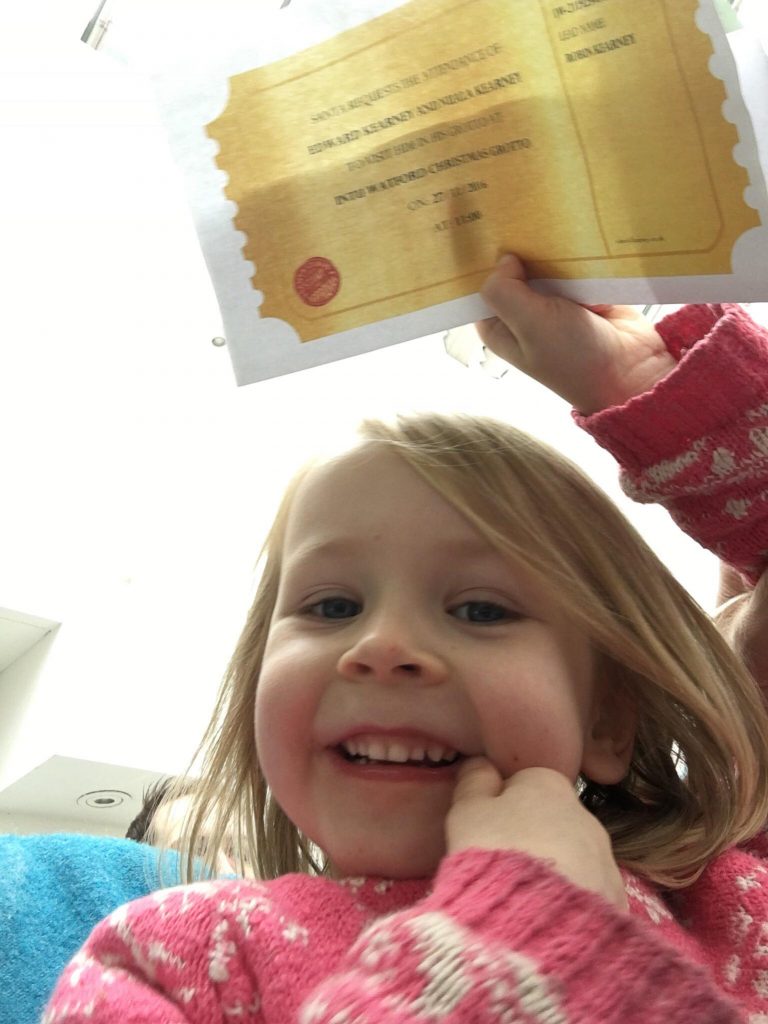 The children both love Playmobil so were very excited. The grotto was at the top of the shopping centre and you can pretty much see everything without having to pay. We handed our ticket to an Elf and we were in. There was plenty to see and do including lots of photo opportunities and large Playmobil figures to see! 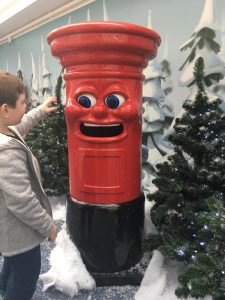 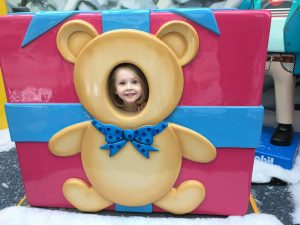 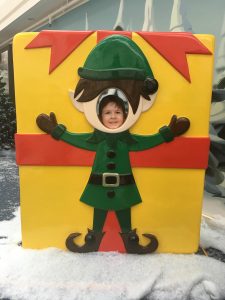 There was a matching game you could play, as well as an area to sit down and write your letter to Father Christmas. We had booked an early slot so had the place to ourselves which was nice. 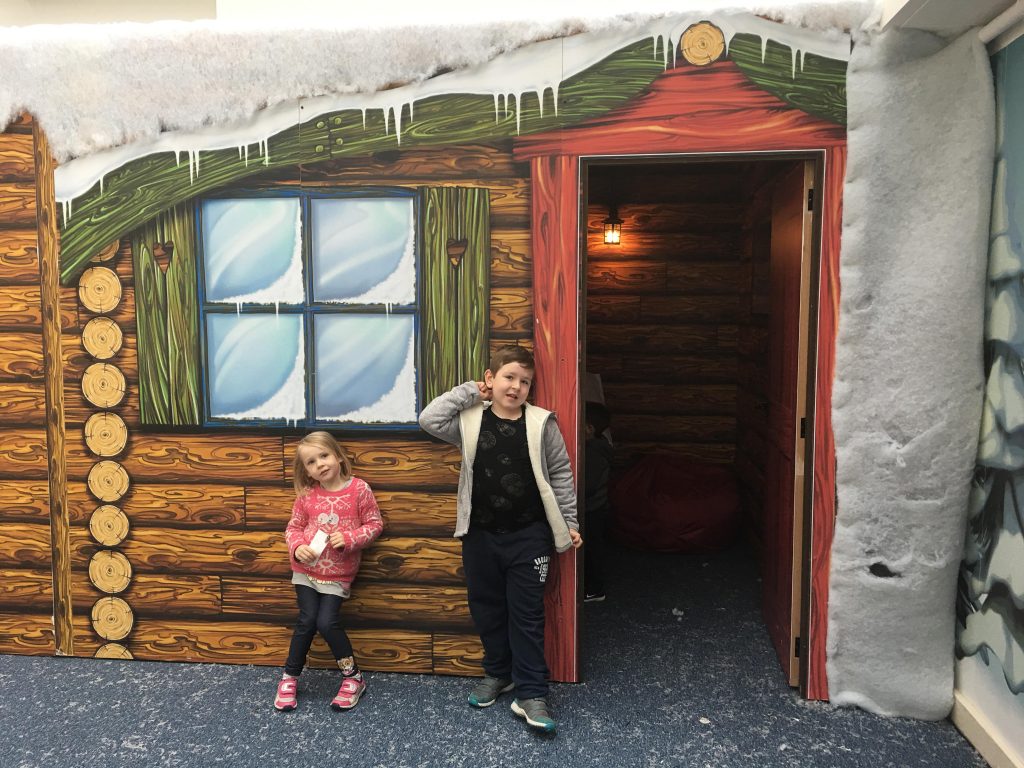 After we had walked through everything we came to a small wooden cabin. This was where our little adventure really began. We were greeted by a friendly elf who asked each child in turn if they had been naughty or nice. There was a special “naughty or nice-o-meter” and I’m afraid it could tell that both my children had been a little naughty this year. Luckily the elf told them there was still plenty of time to be good if they wanted to get their Christmas wishes! 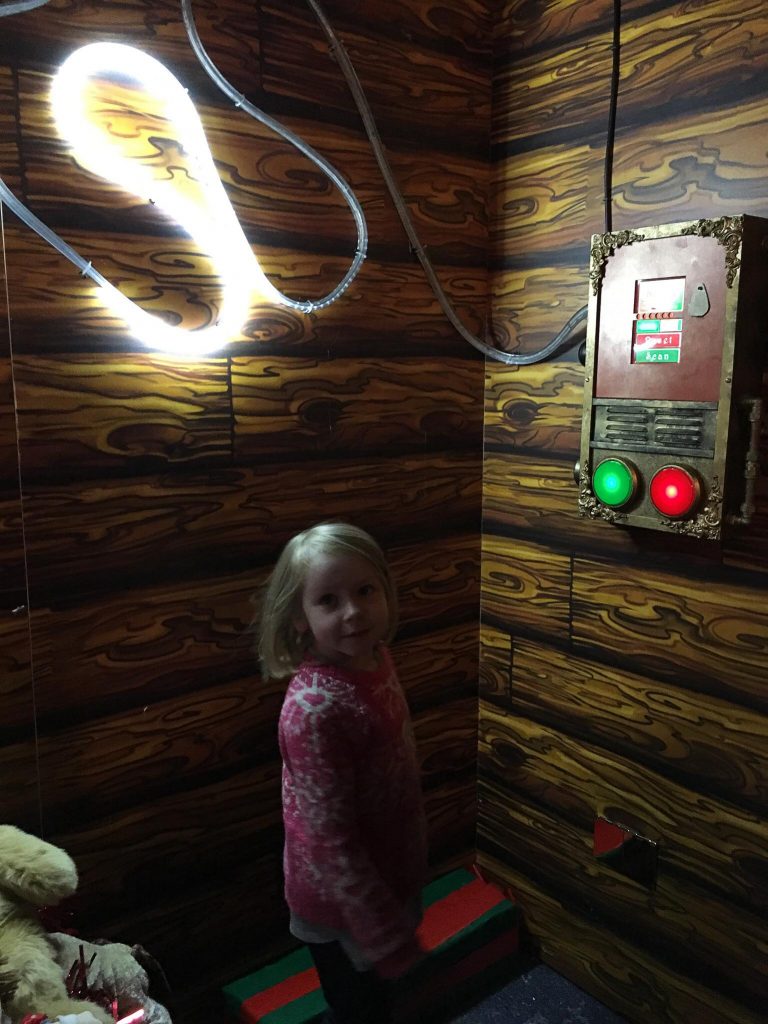 Then it was time to go through and meet Father Christmas. He wasn’t the most authentic looking Father Christmas but it was clear both my children thought he was the real one. He asked them lots of questions  and we posed for a photo with him. He gave them both a small Playmobil gift which they were really happy with (despite their faces in this pic!) and we were able to buy the photo for our family album. 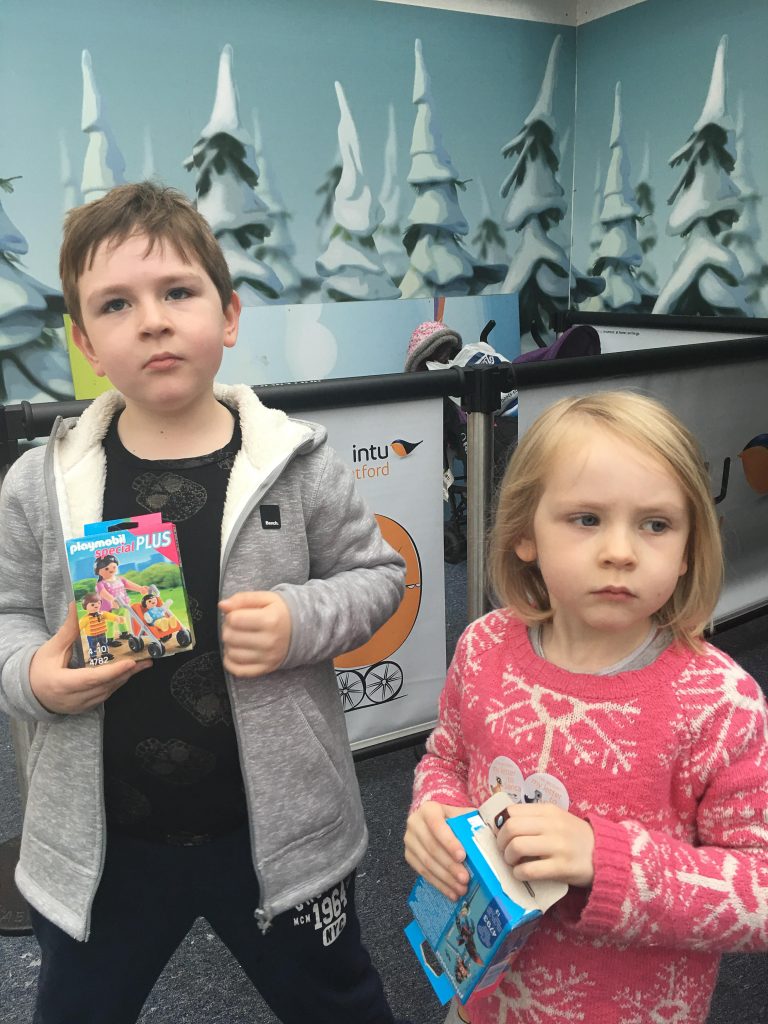 I paid £3 per child which I thought was well worth it for the experience. The Playmobil toy was small but will go well in our Playmobil collection and it was a really fun experience.