The art of calligraphy and celebrating World Calligraphy Day 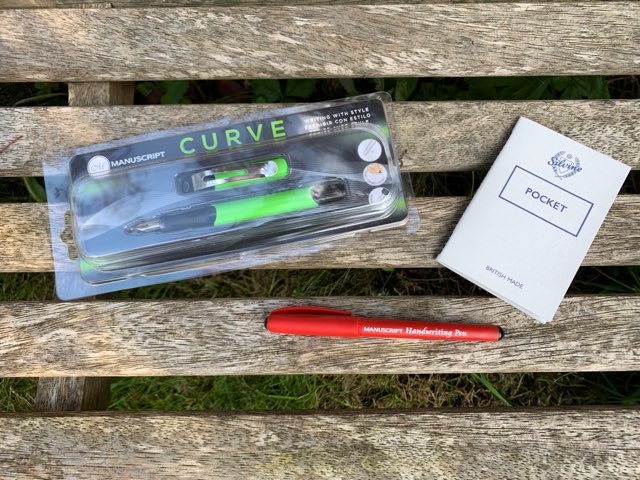 Have you heard of calligraphy before? It’s a visual art of decorative handwriting or handwritten lettering. I was lucky enough to try modern calligraphy with Quill London a few years ago. I also reviewed a fab book called Nib & Ink which is a great workbook if you want to have a go yourself.

How to celebrate World Calligraphy Day

There are lots of workshops going on if you want to try calligraphy. Of course you can also try it at home, why not get the kids involved? It’s a great day to encourage people to let their creativity flow in whichever way they can and share it on online using the hashtag #WorldCalligraphyDay

As part of World Calligraphy Day, Manuscript Pen Company is partnering with Birmingham Children’s Hospital for the 2nd year on the ‘Say Something Special’ campaign. The campaign encourages people to handwrite a special letter, message or create an illustration to send to the children at Birmingham Children’s Hospital. You can get involved by sending letters to Say Something Special c/o Small Man Media, 2nd Floor, 6 Waterloo Road, Wolverhampton, WV1 4BL.

Win a bundle of products to celebrate World Calligraphy Day

One lucky person can win a bundle of products to celebrate World Calligraphy Day which includes a Silvine Pocket notebook, Manuscript Handwriting Pen and a Manuscript Curve Fountain Pen (pictured above). To enter my giveaway you must answer the question via the Rafflecopter widget below, there are some bonus entries too. The giveaway is open to those with a UK postal address only and ends on 21st August. The winners name will appear on this post. Good luck!