Win a Spiderman into the Spider-Verse bundle 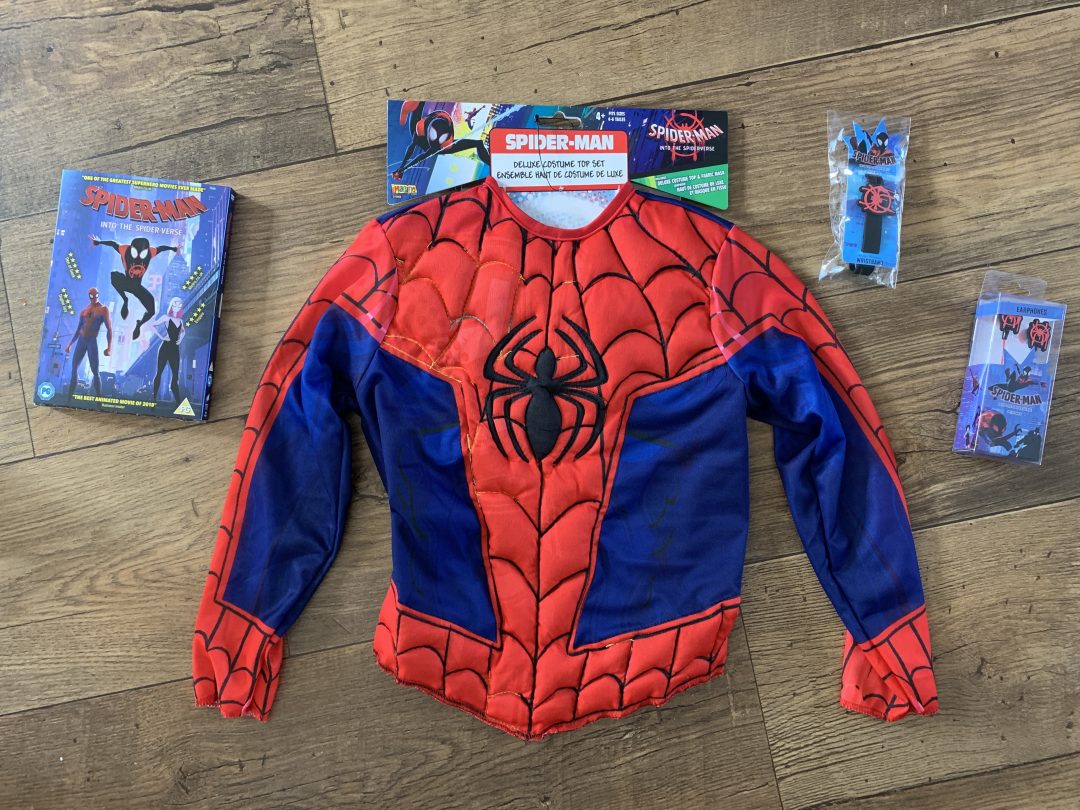 Yesterday we took part in a Twitter viewing party with @SonyPicsAtHome for Spiderman Into The Spider-Verse which was released on DVD this week. Ok, so we may have missed the start of the party, but we still had fun watching at home, especially as we were sent a bundle of toys to play along with as we watched.

Spiderman into the Spider-Verse

Spiderman into the Spider-Verse is the first animated feature film in the Spider-man franchise. Teen Miles Morales becomes Spider-Man of his reality, crossing his path with five counterparts from another dimensions to stop a threat for all realities. It’s such a good film and we were really happy to watch it again at home.

‘How many Spider people are there?’

We loved the notion of the Spider-verse with the 6 different versions of Spiderman. There is Miles Morales – the all-new Spider-Man; Peter B. Parker – Miles’ reluctant mentor; Spider-Gwen – a super-cool Spider-Woman; Peni Parker and SP//dr – a half-Asian school girl from the future; Spider-Man Noir – the Spider-Man of 1933 and not forgetting our favourite, Spider-Ham – the comic relief.

We were sent some amazing toys to take part in the Twitter party. We started off with some delicious decorated Spider-Verse cake pops, inspired by Peter Parker who says he’s been a comic book, a cereal and a so-so popsicle. 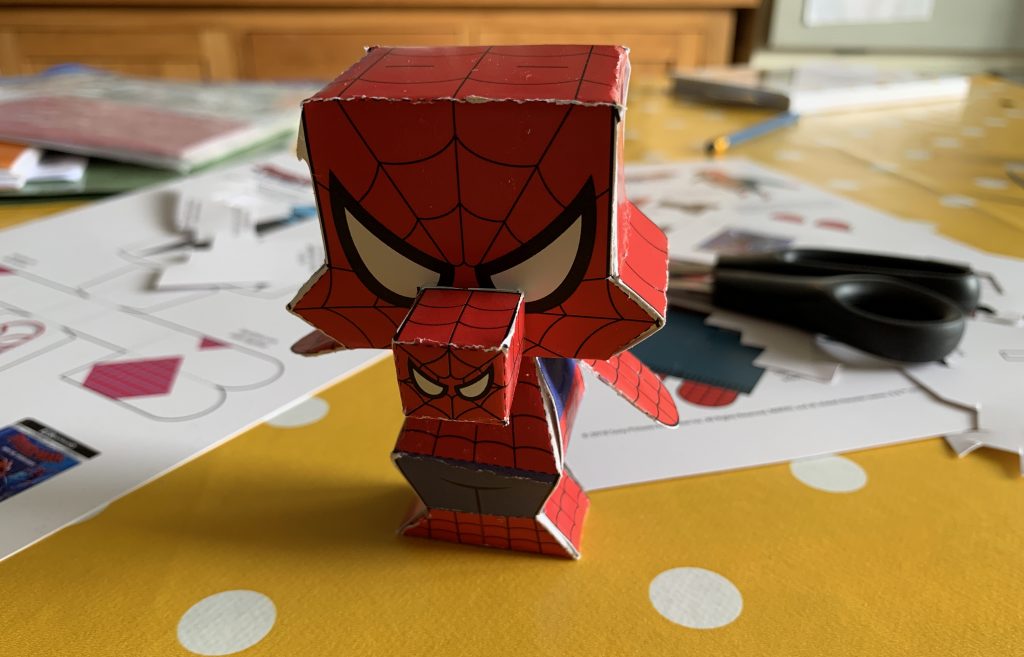 The children loved playing with Marvel’s Scorpion with snapping claw and SP//dr (with firing projectile) and Peni Parker action figures from Hasbro. They love action figures, they are perfect for re-creating your favourite moments from the film. 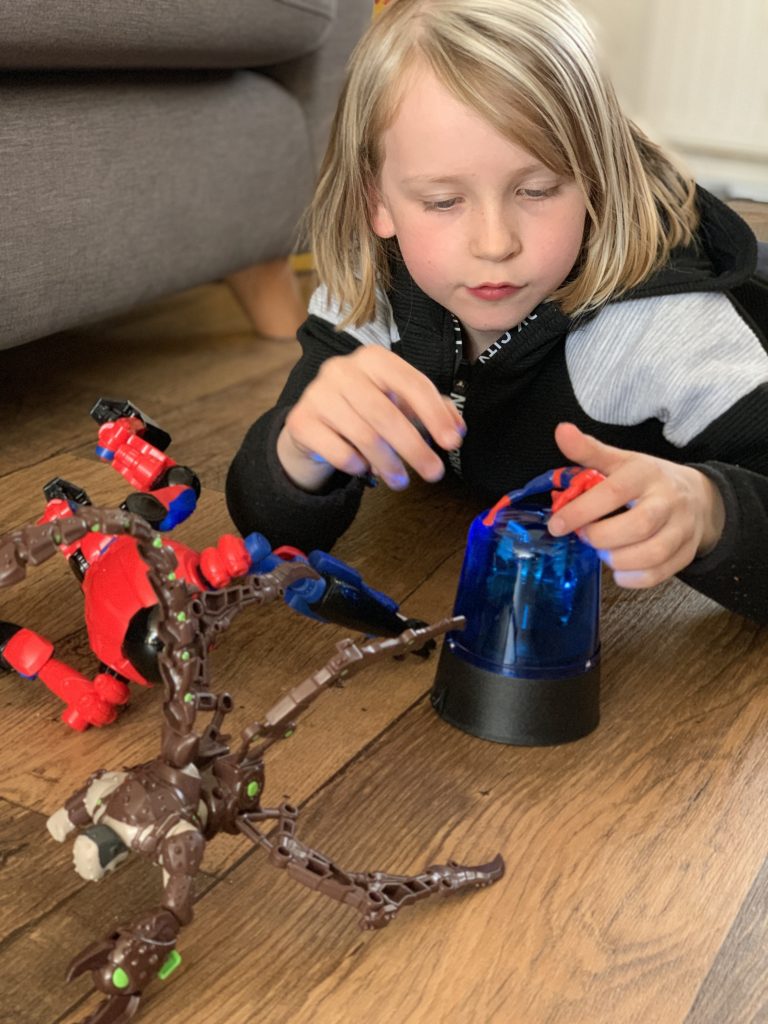 As big fans of Nerf blasters you can imagine how much fun the Spider-Man Into The Spider-Verse Spider-Noir Web Burst Blaster from Hasbro was. Shooting web or water bursts, we made the kids take it outside into the garden! The web bursts were just like silly string, messy but fun! 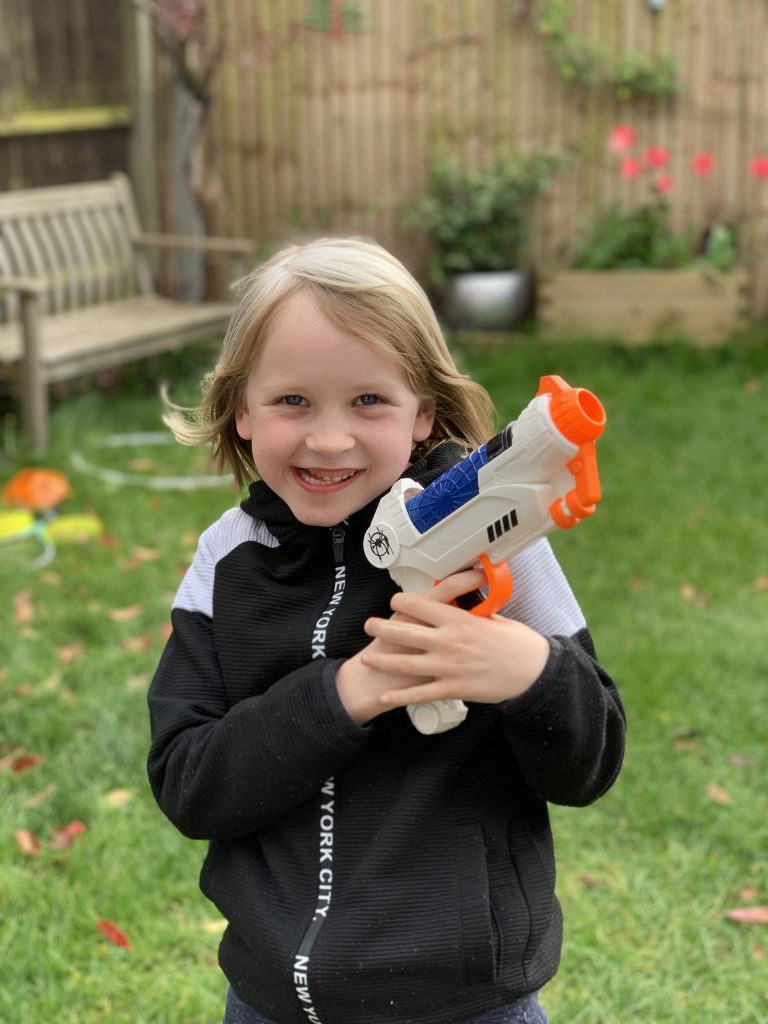 Spider-Man Into the Spider-Verse is out on 4K Ultra HD, Blu-ray, and DVD on 22nd April, 2019. You can also purchase the movie on digital download from 6th April, 2019.

Win a Spiderman into the Spider-Verse bundle

To enter my giveaway you must answer the question via the Rafflecopter widget below, there are some bonus entries too. The giveaway is open to those with a UK postal address only and ends on 12th May. The winners name will appear on this post. Good luck!