The Dancing Bear by Michael Morpurgo {review and giveaway} 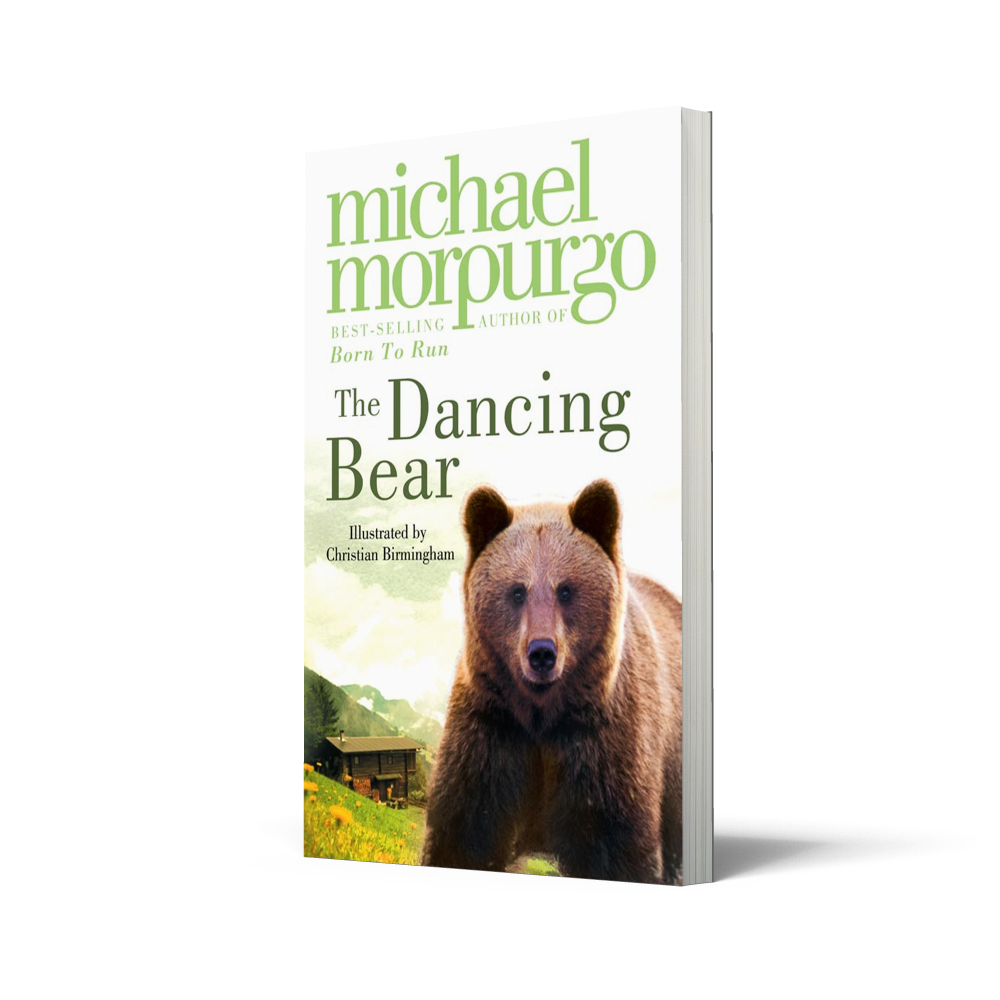 Did you know that World Animal Day was celebrated on October 4th? We love animals so are excited to be participating in a really fun book tour. Michael Morpurgo is one of the UK’s most celebrated authors, having written over 140 books in a career spanning over 40 years. He has won numerous prizes, including The Children’s Book Award for a record fourth time last year for his novel An Eagle in the Snow.

Many of his novels have been adapted into stage shows and several of his titles have been made into films, most famously the Steven Spielberg-directed War Horse. Some of Michael’s most popular books feature stories of animals and I’m working with Harper Collins Children’s Books to tell you a little more about The Dancing Bear. If you follow Harper Collins on Twitter or Facebook or look out for the #MorpurgosAnimals you will be able to see all the other bloggers who are taking part, highlighting some of his most loved animal novels including The Butterfly Lion, The Fox and The Ghost King, The Amazing Story of Adolphus Tips, Born To Run, An Elephant in the Garden, Toro! Toro!, Shadow, Kaspar Prince of Cats and Running Wild.

The Dancing Bear by Michael Morpurgo

High in the Mountains an abandoned bear cub is adopted by a lonely orphan child. Soon they are inseparable – happy and safe, until the arrival of a glamorous film crew who need a dancing bear …

The Dancing Bear is not a very long book and my 7 year old loved it. At 61 pages we actually read it in one go. There are a generous amount of illustrations and the story is so magical that we really wanted to know what was going to happen to Roxanne and Bruno. We couldn’t put the book down and enjoyed reading it together.

We haven’t read much by Michael Morpurgo before and I think this was a great introduction to him. My son loves animals and wanted to know what was going to happen to Bruno. He didn’t like the fact that he was put in a cage but I had to explain that not all bears are as friendly as Paddington or Winnie the Pooh!

This was an interesting story and we didn’t want to believe that Roxanne would ever leave Bruno. I suppose we are used to cats and dogs, smaller animals which you can take with you if you move house or go on holiday. A bear is a different creature and we were both a bit upset how the story ended! I don’t want to give what happens to Roxanne and Bruno but we would totally recommend this book if you love animals and a great story. If you want to read this book then I have a couple of activity sheets which will help you explore the story.

Many of Michael’s books look at the amazing relationships between humans and animals, and the role they can play in shaping people’s life stories. Many are inspired by real-life events. Did you know that Michael’s favourite animal is the elephant?

We were given the opportunity to ask him a question. My son asked this: We all love to visit the zoo. Michael obviously loves all kinds of animals too, but has he seen any of the animals he writes about in their natural habitat, rather than just at the zoo?

Michael replied: It is really important that we do everything we can to save the habitation of animals in the wild. There are many animals that I have only read about or seen on film, but I was lucky enough to go to Sri Lanka a few years ago now where I saw elephants in their natural habitat. An elephant is the central character of my book Running Wild.

Win a signed copy of The Dancing Bear by Michael Morpurgo

I’ve teamed up with Harper Collins Children’s Books and have one copy of The Dancing Bear written by Michael Morpurgo, with illustrations by Christian Birmingham, to giveaway to a lucky reader.

To enter my giveaway you must answer the question via the Rafflecopter widget below, there are some bonus entries too. The giveaway is open to those with a UK postal address only and ends on 29th October. The winners’ name will appear on this post. Good luck!

Don’t forget to check out my other giveaways on my competition page and look out for #MorpurgosAnimals on Twitter or Facebook for more great reviews and giveaways.