5 ways to use Lego tape 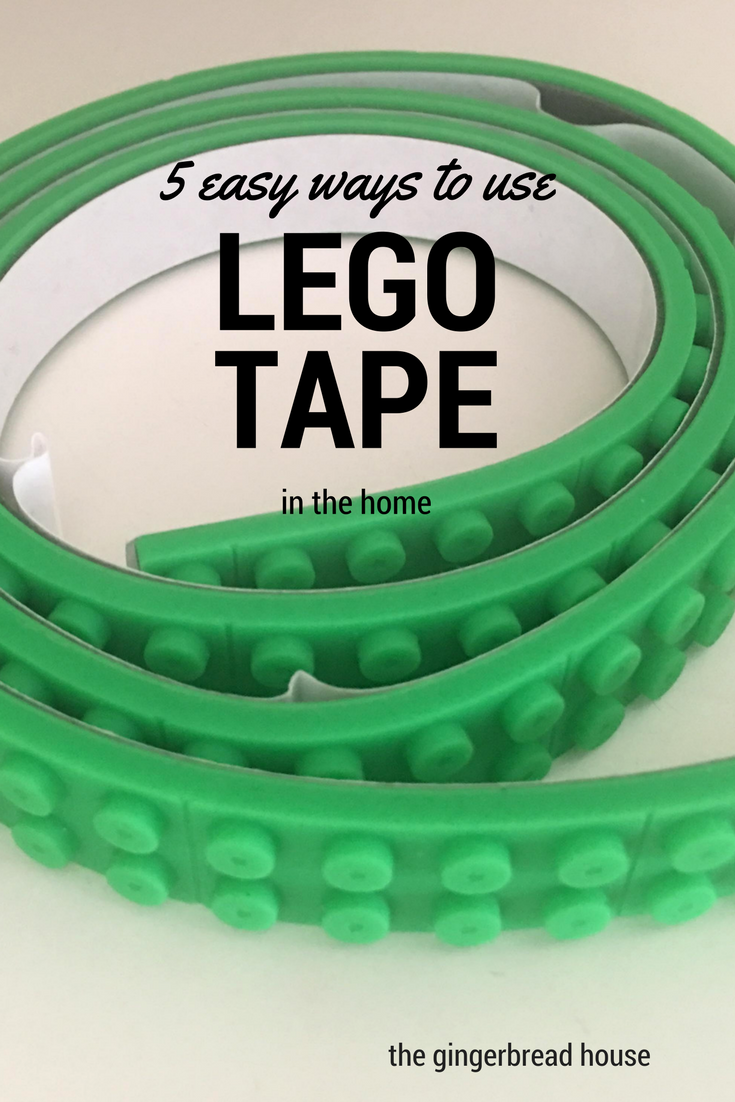 Ages ago an advert for Lego tape kept appearing in my Facebook feed. I am so easy to market too as after a few days I got so fed up of seeing the advert that I bought some tape! Since it arrived it has been sitting and looking at me as I had no idea what to do with it.

Today I thought we should finally use it. The children kept picking it up but they didn’t really know what to do with it either. It’s expensive enough that I don’t want them to just peel the backing paper off and stick it down somewhere. But just how do you use lego tape? 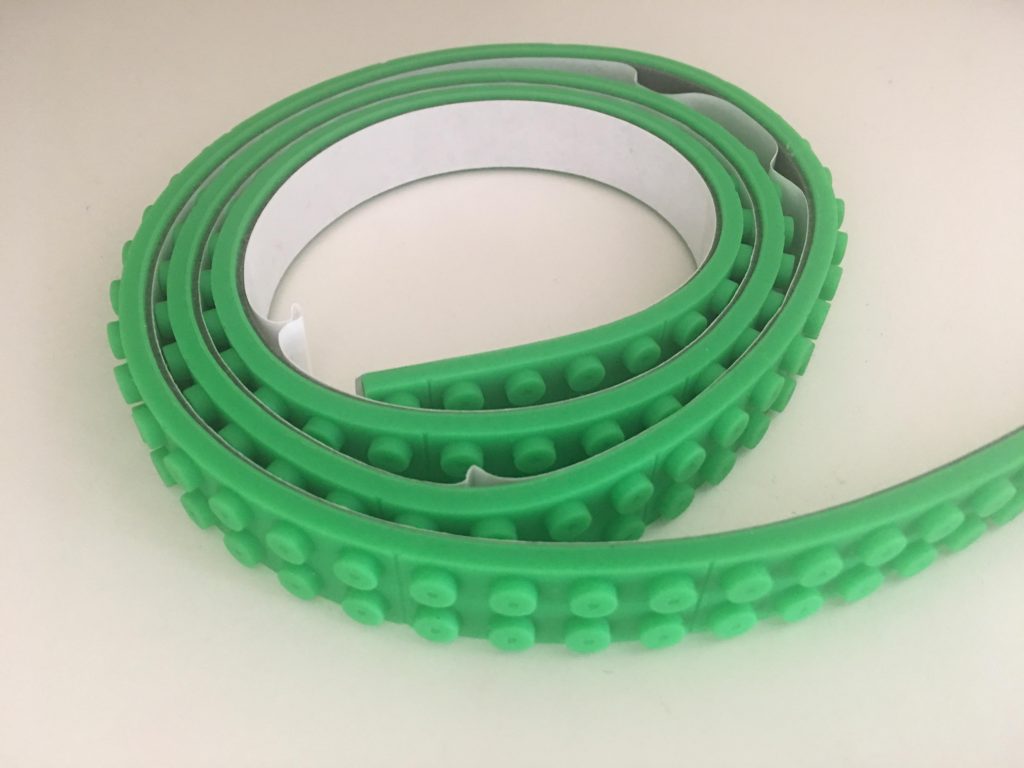 With the help of my 7 year old, we’ve come up with 5 ways to use Lego tape around the home.

1 Put lego tape on the fridge door. My children are of the age where they still love re-arranging our fridge magnets, The lego tape makes a fun little extra for them to play with. They spell out rude words or put their favourite minifigs on it. I’m wondering if there’s a way to make them hold a little post-it note so I can write my shopping list on it! 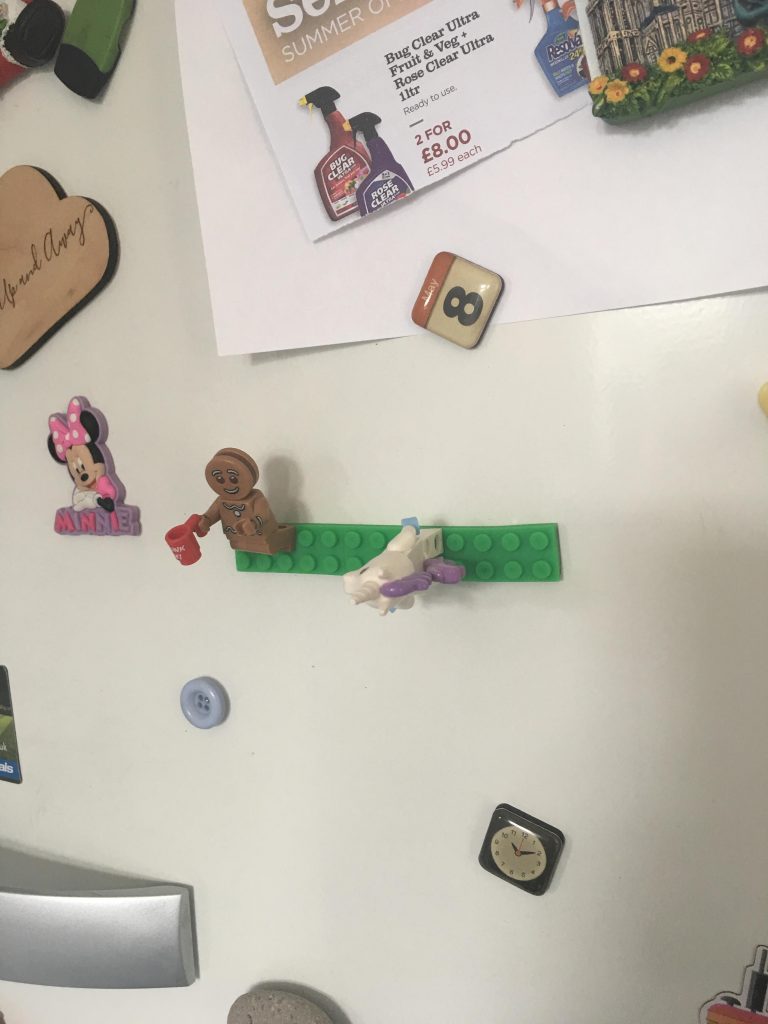 2 You can use lego tape on a bedroom door to write your initial. My son has wanted to do this as soon as he saw the lego tape and had already sorted out the pieces he wanted to put on it. It was quick and easy to cut it as it’s marked at every 2×4 piece. 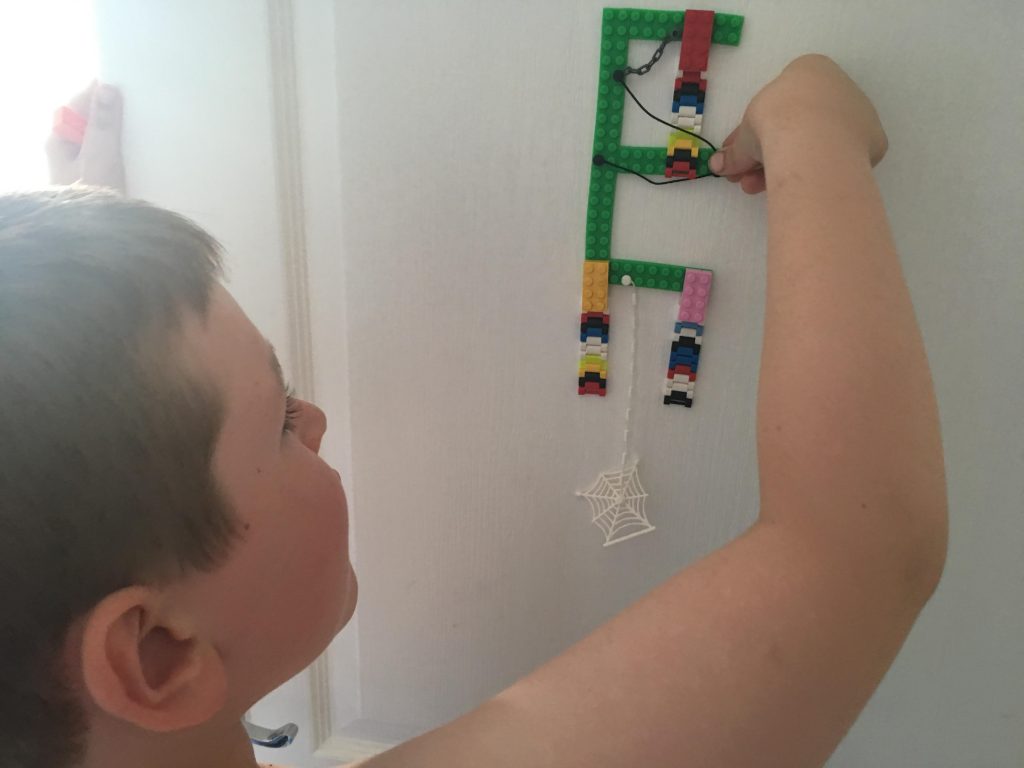 3 We thought it would be fun to make a personalised name plate for my husband’s office. He works from home a lot so we made his a ‘busy’ sign for his lego tape, which we stuck to his desk. Now if he gets bored on a conference call he can build something with his lego bricks! 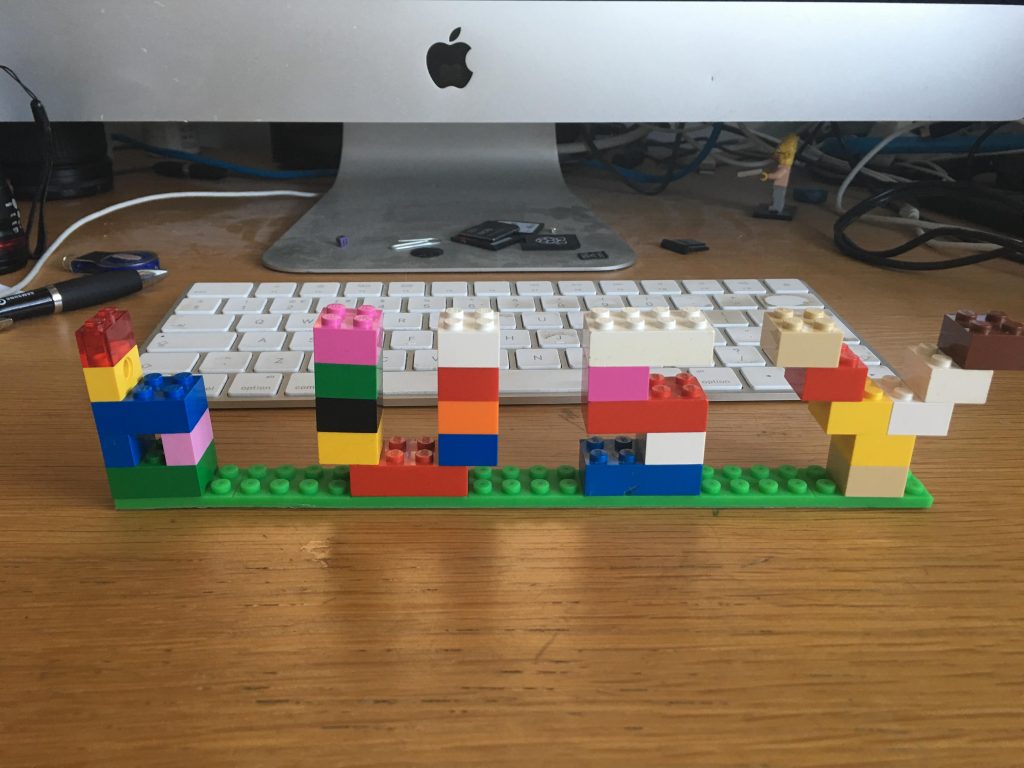 4 The whole point of lego tape is that it bends so my son added some to one of my Orla Kiely beakers (sob!). I think he wanted to prove to himself that it really did bend. Yes, it bends but can you drink from the cup? No! 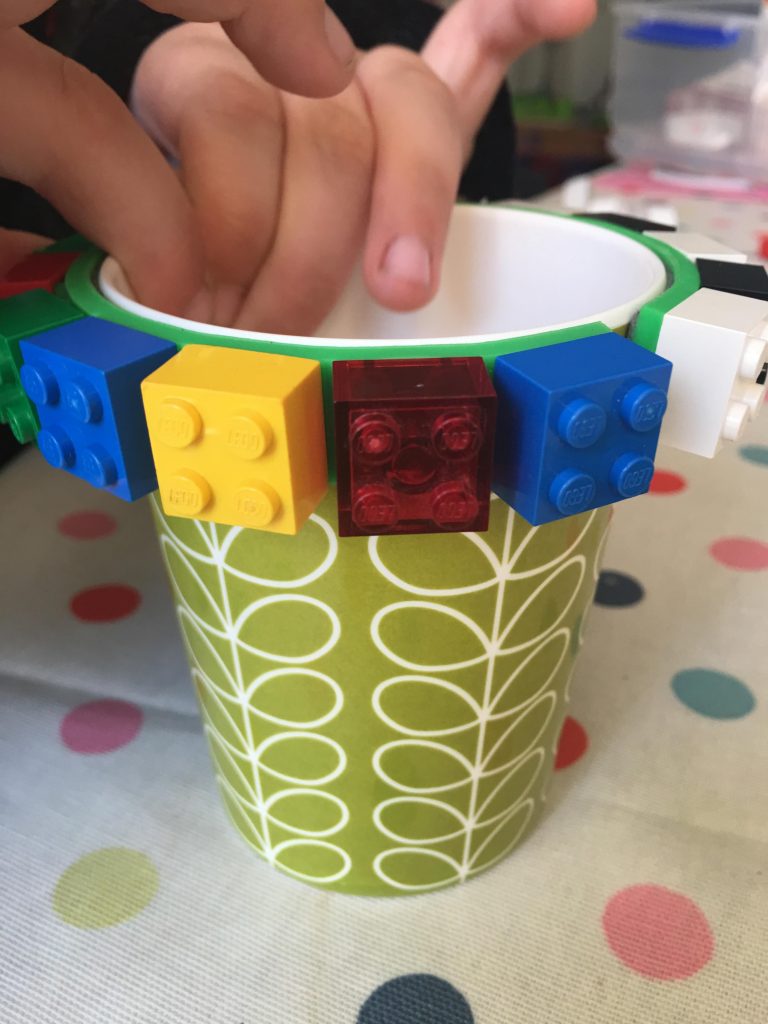 5 Stick lego tape to your Summer Smashbook. This has to be the best use of the lego tape so far. Every summer my children keep a diary and my son added a strip of tape so he can make a few brick creations. 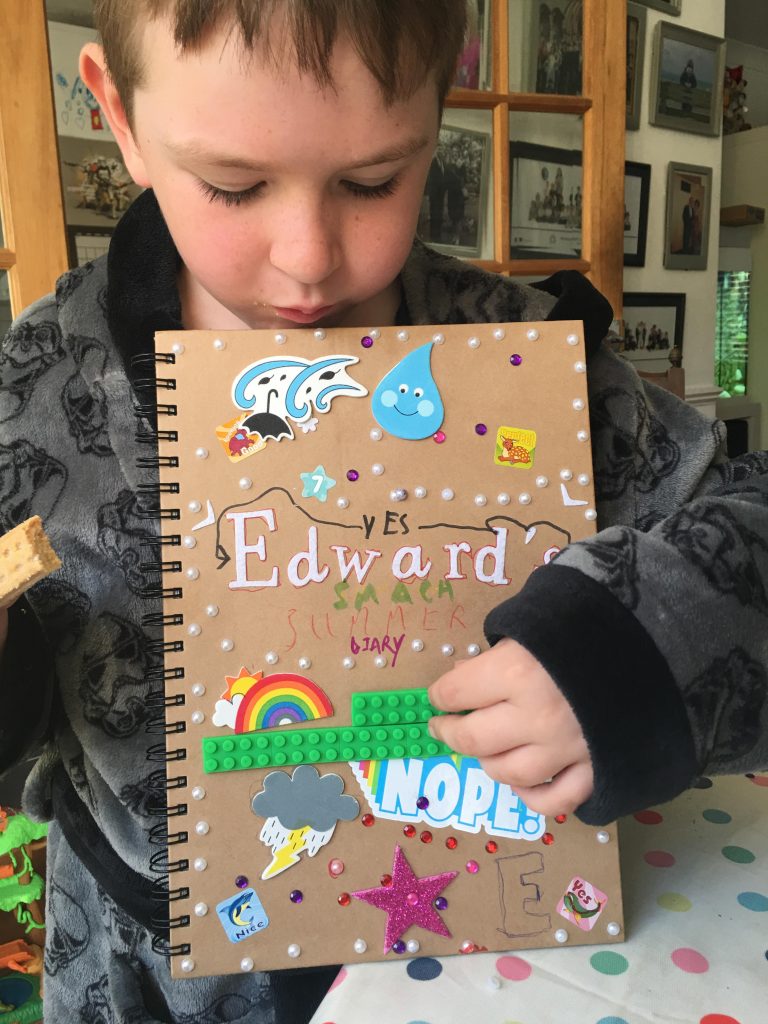 We also thought about making some kind of key holder with our lego tape for the hall and my 7 year old loved his idea of fixing some tape to the side of the sink in case he got bored in the loo. Don’t worry, I completely vetoed that one.

After playing around with our lego tape I have to admit I’m not entirely convinced *yet* that this is the product I’ve been looking for my whole life. I’m more than happy to cut up a baseboard to make it fit our customised lego table, or the ikea hack lego table in my son’s room. We’ve even cut a baseboard to make a lego busy box for car journeys. We don’t really need bendy lego tape to go round a vase (although I tried it) and what’s wrong with fixing a base board to the wall so you can do some proper lego building? To me Lego is all about the straight lines!

I’d love to hear how other people are using lego tape and the weird and wonderful things you can do with it. But for now, I’m glad I only bought the one roll.