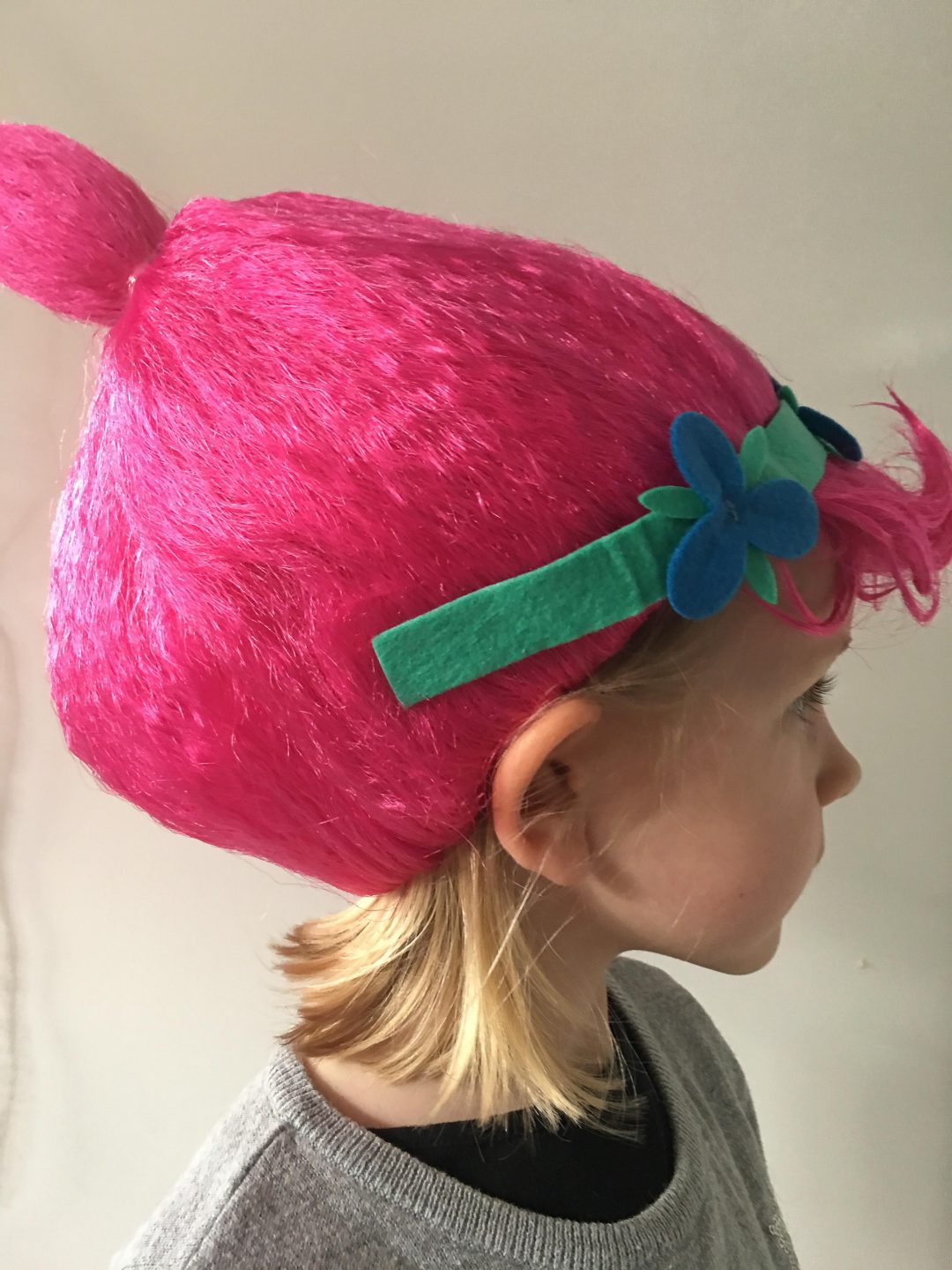 We are so excited to go and see the new stellar-studded animation film Trolls from DreamWorks. The trailers look fun, my daughter insisted I buy her the Trolls sticker album so she is familiar with the characters, and we’re hoping to go tomorrow as a half term treat. A few weeks ago we had fun reviewing the Poppy Style Station and were delighted to be offered the new Trolls Hug Time Bracelet and Poppy Wig to review. These are part of a range of hair play and dress up toys based on the hairy characters, from Just Play.

My daughter loves playing dress up whenever she can so was delighted with the Trolls Hug Time Bracelet. Her favourite saying is “I want a huggy” and now she can say it all the time! 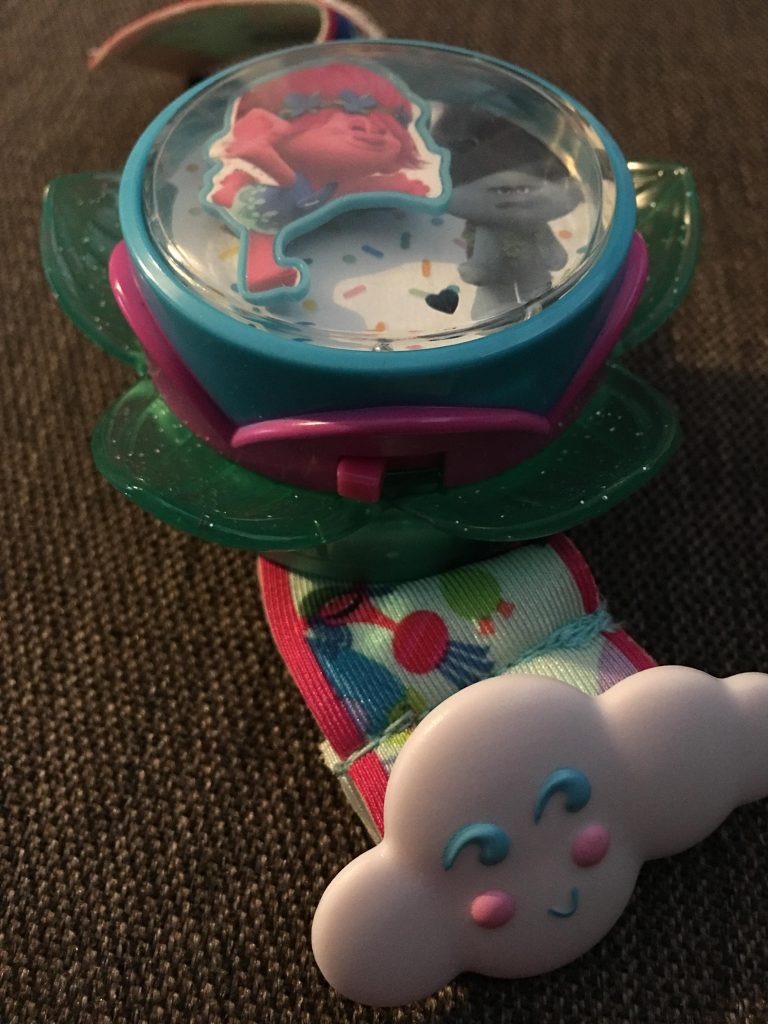 This bright and colourful Trolls Hug Time Bracelet replicates the hourly tradition of “Hug Time” from the film Trolls. It features fun lights and sounds that are activated, along with the “IT’S HUG TIME” phrase at the press of a button! It attaches with a smile velcro strap so is easy for little ones to put on and take off.

Everyone knows that being a Troll is all about the hair! I’m sure you’ve seen they have bright and colourful crazy hair which only adds to their appeal. Now you can bring the colourful world of Trolls to life with the Poppy Wig from DreamWorks’ latest animated film, Trolls! 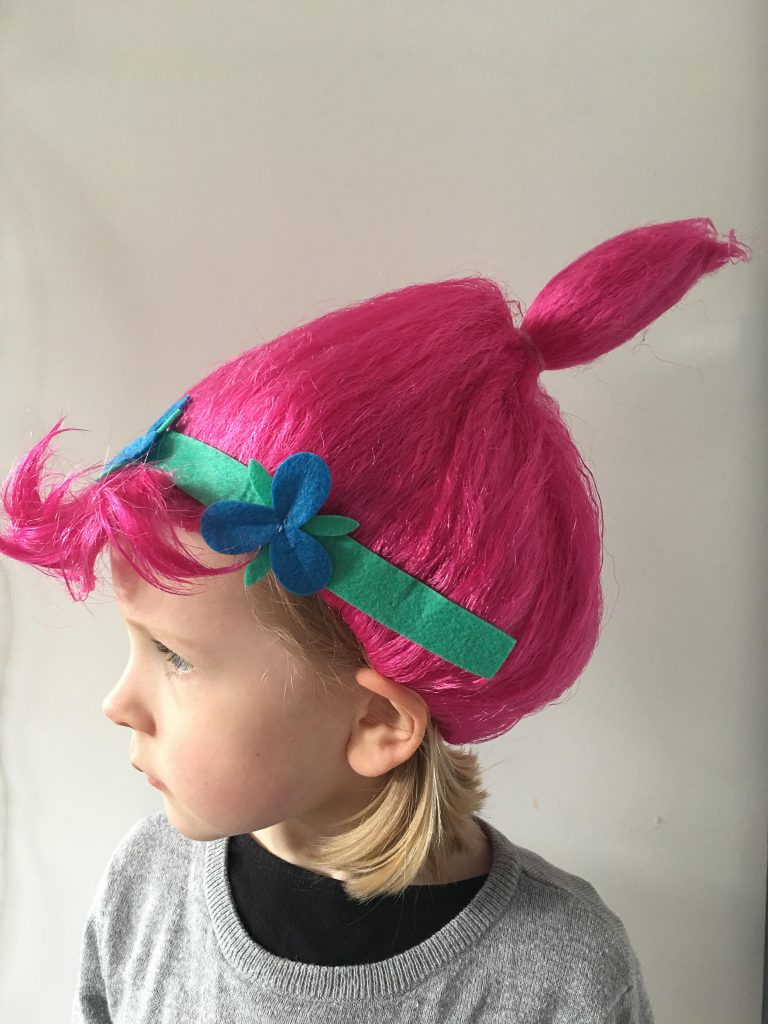 This eye-poppingly pink wig is styled to look just like Poppy’s hair in the film! It even comes with Poppy’s signature flower headband and fringe! It’s simple to put on although it took us a few attempts to figure out it looked better if first we put my daughter’s own hair into a little ponytail. It is already styled so you don’t need to worry about having a hair out of place!

These are really fun products and great for dressing up play. There are some other fun role play products in the range that include dress up to extend the Trolls fun.

The Trolls Hug Time Bracelet has an RRP £9.99 and the Poppy Wig an RRP £12.99. They are suitable for children aged 4 and over and can be found in Argos, Amazon and leading toy shops.