The Hiding Game by Naomi Wood

I love the Summer holidays because it feels like I finally get to tackle the stash of books next to my bed. This week I have devoured the Hiding Game. This is the gripping third novel by Naomi Wood, author of the award-winning Mrs. Hemingway.

The Hiding Game by Naomi Wood 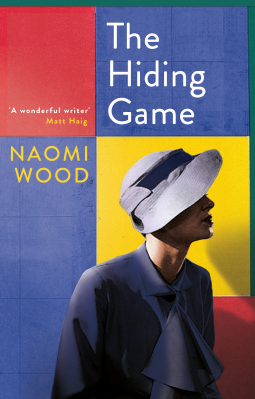 In 1922, Paul Beckermann arrives at the Bauhaus art school and is immediately seduced by both the charismatic teaching and his fellow students. Eccentric and alluring, the more time Paul spends with his new friends the closer they become, and the deeper he falls in love with the mesmerising Charlotte. But Paul is not the only one vying for her affections, and soon an insidious rivalry takes root.

As political tensions escalate in Germany, the Bauhaus finds itself under threat, and the group begins to disintegrate under the pressure of its own betrayals and love affairs. Decades later, in the wake of an unthinkable tragedy, Paul is haunted by a secret. When an old friend from the Bauhaus resurfaces, he must finally break his silence.

I love an historical novel so was really keen to read this book. I don’t think anyone can fail to be ignorant of German 1930s history nor the Bauhaus. It certainly makes for an interesting backdrop to this story of friendship, love and betrayal.

The story is told from the viewpoint of Paul, an artist who trained at the Bauhaus, and the five friends he makes in his first few weeks. It goes back and forth over the next few decades. It’s a really haunting tale but I’m not quite sure it lived up to the blurb on the book for me. Yes, it’s a story about Paul and Charlotte but you learn what the tragedy is quite early on and I didn’t find Paul’s secret to be that huge, although the fallout from his decision affected his life and those around him.

I loved the way the story unfolded, although there is a bit of artistic licence in the portrayal of the Bauhaus, there really were three distinct periods of the Bauhaus in Weimar, Dessau and Berlin. I really enjoyed the book but I’m not sure I would have enjoyed it as much if it wasn’t for the setting and historical period. The characters are all so flawed that I’m not sure I really cared about any of them.

After I had finished reading the book I wanted to find out more about the Bauhaus and found some great information thanks to Wikipedia, including a page about female artists of the Bauhaus.

Disclosure – thanks to NetGalley for the review copy. The Hiding Game by Naomi Wood is published by Pan Macmillan and out now.