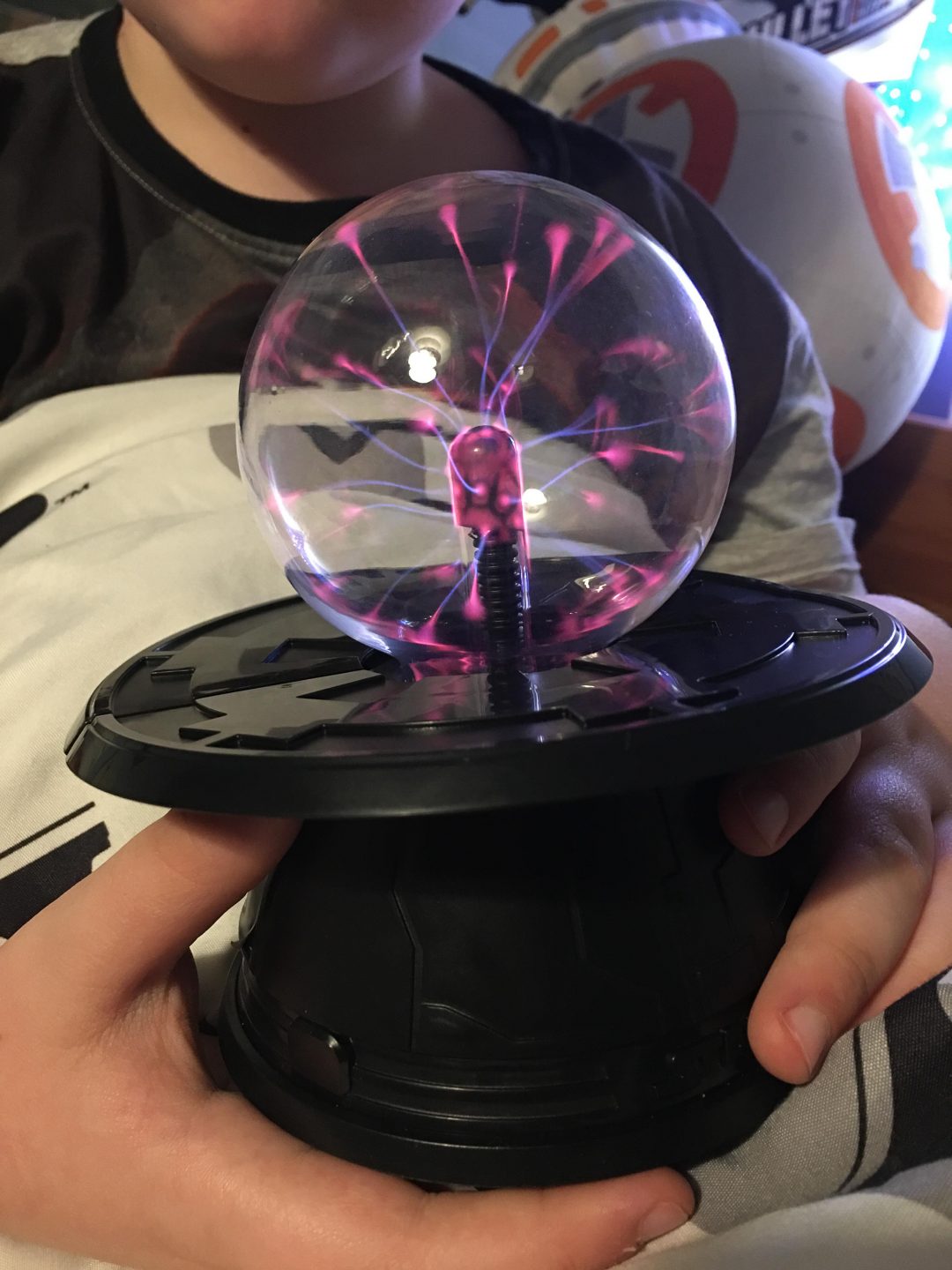 My 6 year old practically eats, sleeps and plays Star War. He is very excited about the release of Rogue One in December and has already started collecting the Rogue One trading cards. He loves anything Star Wars so I knew he would be intrigued by the Star Wars Force Lightning Energy Ball. 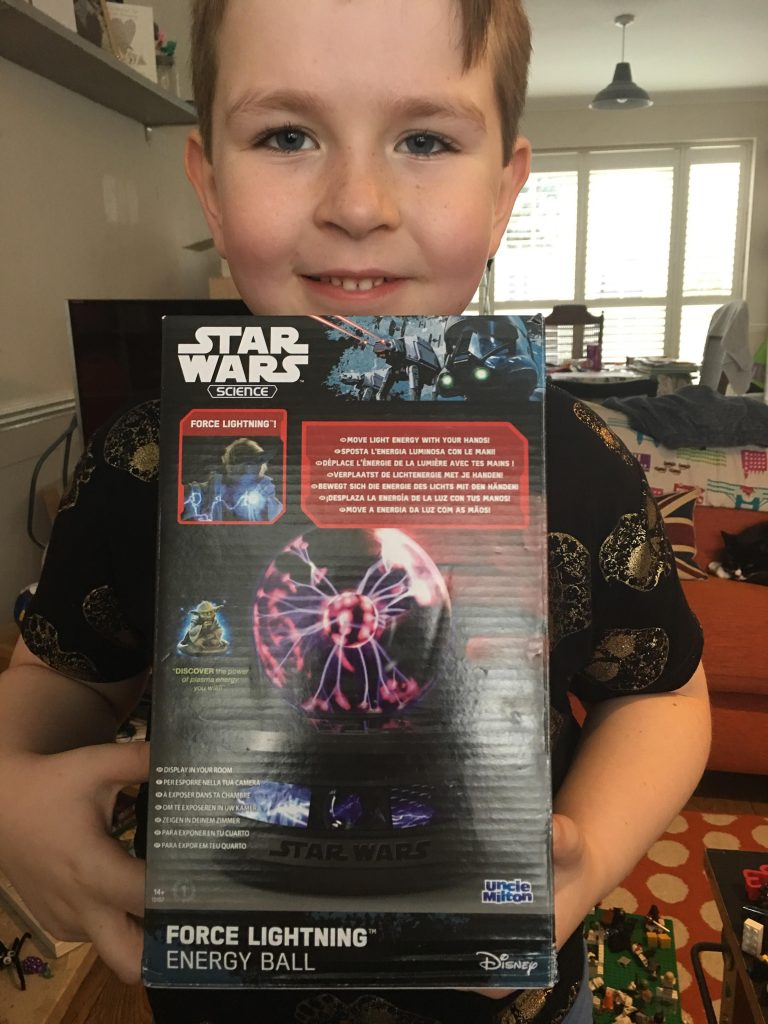 Harness the power of Force Lightning like Yoda and The Empire. Touch the Energy Ball and see pulses of real plasma energy stream directly towards your fingertips. Move light energy with your hands just like a Sith Lord.

The energy ball is simple to put together and requires 4 x AA LR6 batteries which are not included. This is not a toy, rather a great way to teach your child about the science of Star Wars. My son loves the way the plasma energy stream moves when he places his hands on the ball. 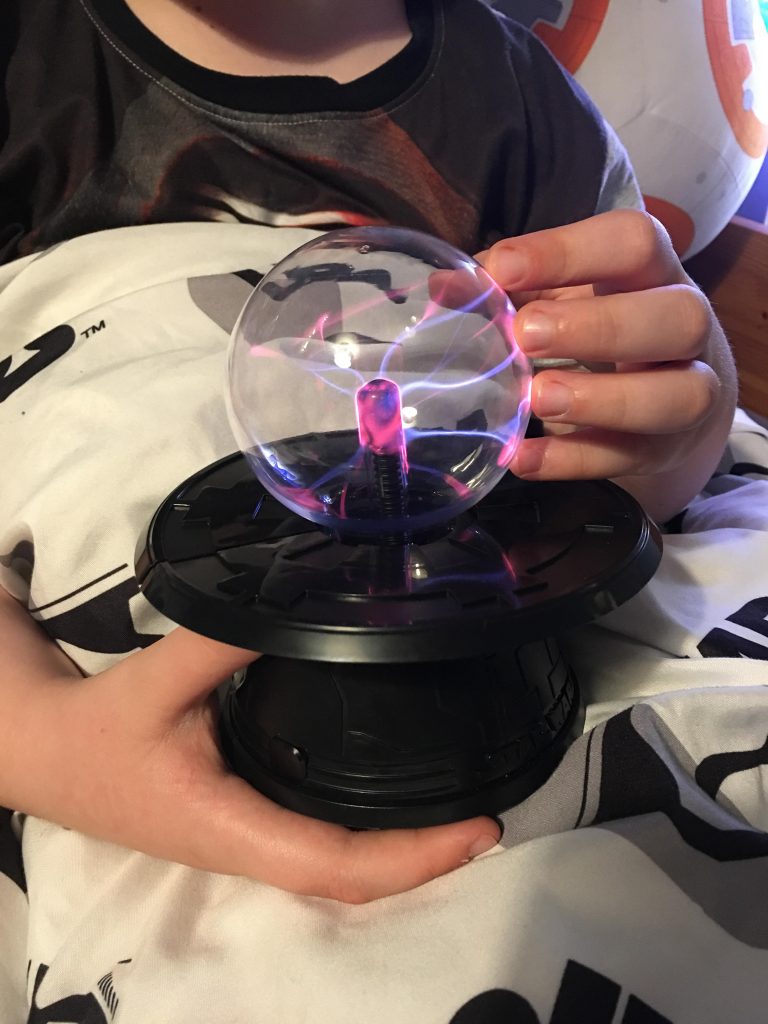 This is from a range of Star Wars Science products, each toy has its own unique features and is not only educational but also fun. My son was really intrigued by the Force Lightning Energy Ball and I know he would like the other products too. With the new Star Wars film coming out soon I think any of the Star Wars Science sets would make the perfect gift for any fan of the franchise.